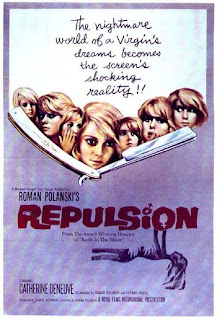 Roman Polanski himself is an incredibly polarizing person; his films can be even more so. Watching Repulsion now, over forty years after its original release, it seems like there is the likelihood of two equally strong reactions to the film. To some, it may play as a pretentious, overly psychoanalytic bore, and a prime example of style over substance. For others – and I obviously fall into this camp, if I’m choosing it as my #1 film of 1965 – it is an unmitigated masterpiece. What makes it such a crowning achievement is the fact that Polanski not only made a disturbing film, but came the closest to replicating the feeling of a nightmare as any other director ever achieved.

With Repulsion, we have another blueprint on how to make a film scary. And I don’t mean the ability to quickly startle a viewer or make someone momentarily jump or scream. I am talking about creating a truly chilling film – the kind of experience that leaves images and scenes embedded in one’s mind long after a movie has ended. For me, this means making things intimate, playing on paranoia and madness on a very personal level. I might not be able to relate to the mental sickness and madness of the Carole Ledoux character, but there are certain elements of her breakdown that at least approach more familiar territory – mainly the isolation. This is what has stuck with me for so long after multiple viewings of this film. In Carole Ledoux we are witness to a character that is both guarded to the point of rejecting friends and suitors, yet terrified of being left alone. She has past scarring in her life that repulses her from men and appears to render her incapable to close friendships, yet at the same time when she achieves the seclusion that she craves it is a trigger for her phobias to consumer her. Attempting to interpret what Polanski is saying by this is what brings me back to the film. 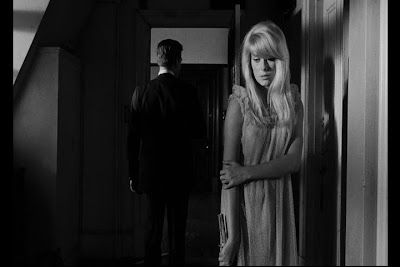 In giving a plot summary, the film will sound very simple and somewhat bizarre. A young Belgian girl, Carole (Catherine Deneuve), lives with her sister Helen (Yvonne Furneaux) in London. Carole in very shy, working sheepishly at a beauty parlor and doing nothing but traveling back and forth between her apartment and job. It becomes obvious that Carole is in a perpetually unsettled state whenever she is observed interacting with men. Carole is drop dead gorgeous and is followed faithfully by Colin (John Fraser), a young man who seems genuinely interested in growing closer to her. Instead, she resists all of his overtures, turning down offers for dinner and forgetting any plans that Colin makes for them. She becomes even more uncomfortable whenever Helen’s boyfriend Michael (Ian Hendry) visits the apartment. Michael comes across as something of a shyster, but the reactions that he elicits from Carole are still overly dramatic. It seems that Carole approaches panic whenever attention is shown to her by a man.

When Helen travels to Italy for a vacation with Michael, Carole is left alone in the apartment and slowly begins to be completely consumed by her paranoia. It is this point in the film that I would guess is the demarcation point between those that appreciate the film and those that find it to be incredibly pretentious. This is because once she is on her own Carole begins a descent into unmitigated madness, and the visuals that Polanski shows to the viewer begin to alternate freely between hallucination and reality. Carole’s deep-rooted fear of men and repulsion from any sexual contact begins to manifest itself in visions that Carole continually has of men waiting to violate her. They constantly and suddenly appear in the most awkward of places – under the covers of her bed, through walls, and in the corners of rooms. It is interesting how Polanski conveys the fact that Carole’s fears are the result of some type of experience in childhood. Rather that use the cliché and awkward recounting of the story in dialogue, he simply shows pictures of the sisters at a young age. The contexts in which the pictures are shown tell the viewer all that needs to be known. Carole becomes unable to do anything other than languish in the apartment, missing work for days and even failing to pay the rent for the room. When she is visited by a pair of men – Colin who is inquiring about her wellbeing and the Landlord who wants his money – Carole herself is unable to distinguish between reality and fantasy and the resultant confusion turns deadly. 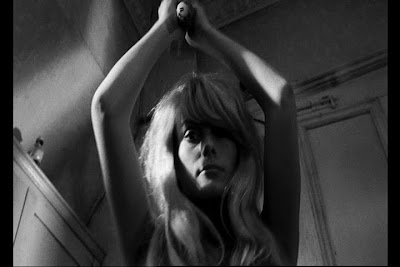 If this movie was going to have any chance of success, aside from Polanski, the person shouldering the most load was obviously going to be Catherine Deneuve, who was barely in her 20s when the movie was made. She clearly delivers, but not in the way that a blond bombshell would be expected to. It is impossible to hide her beauty, and in fact it adds to the mystery surrounding why Carole is so timid with men (and in all relationships, really). But Deneuve’s performance in no way depends upon her looks. It is not a “talky” film, particularly in regards to Carole. This means that Deneuve has only her body language to convey the deranged state of mind of her character. It is very reminiscent of great silent film performances, as it is so dependent on her ability to use body language and facial expressions. 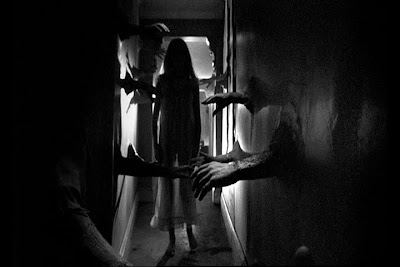 I view the movie as if I’m being given a peak into someone else’s nightmare. If ever it is appropriate to refer to a movie playing as a nightmare, this is it. And the thing that makes watching Carole’s descent so harrowing is the fact that it seems so unnecessary. The life she leads should be a carefree one: work at a beauty parlor, room with a sister who looks to be successful, enjoy the attention of ambitious and good-looking young men. The fears that she harbors appear to be almost entirely unfounded – no one is ever nasty toward her, yet she is constantly concerned that the men are out to get her. She has a sister who clearly cares very much about her – just witness how she reacts when Michael suggests she see a doctor – but even this support is not enough to overcome Carole’s demons. It is a disheartening statement that Polanski is making. To me it comes across as him saying that some evils cannot be overcome, no matter what support or affection one receives.

This is a bleak film, with equally dreary black-and-white photography that perfectly complements the mood of the proceedings. I don’t know if I would go so far as to declare this my favorite Polanski film – Chinatown is far too good to casually make such a claim – but it is at least very close. It never fails to sends chills down my spine at certain points in the film and leave me thinking about what I just watched every time it ends.

Other Contenders for 1965: I’ll go on record now as saying that I’m counting Orson Welles’ Chimes at Midnight as 1965, and although most list The Battle of Algiers in this year, I’m considering it 1966 as that’s the earliest verifiable date that I can find. If others wish to switch these around, go for it, as there are no hard and fast rules!

Chimes at Midnight definitely belongs in this section, as it is at times charming and at others Welles creates magnificent battle scenes. Falstaff is such a likable character. It’s a pity that the film and its DVD versions are in such bad shape that at certain sections the dialogue is virtually incomprehensible. Here are some other films that I think I need to acknowledge for this year: Doctor Zhivago (David Lean), Loves of a Blonde (Milos Forman), For a Few Dollars More (Sergio Leone), The Spy Who Came in From the Cold (Martin Ritt).
Posted by Dave at 8:36 AM