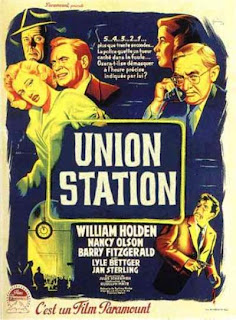 The standard evaluation of this 1950 effort from veteran noir director Rudolph Maté is that the story is pedestrian, and arguably so is the performance from leading man William Holden, but that the saving grace of the film is the gorgeous location shooting set amongst trains and stations. In general, while not going quite as far as to refer to the story or Holden as downright dull, I probably would agree with the spirit of that assessment. While the foiling of a kidnapping plot is played out in a fairly conventional manner, I don’t find it as boring as some have described it, and the characters on both sides of the story – abductors and law enforcement – are distinctive due to the very modern portrayals. And the photography truly is impressive enough to deserve a placement this high.

Holden star as Lt. William Calhoun, head of railway security, who is approached by passenger Joyce Willecombe (Nancy Olson) about some suspicious characters on her train. It comes to be revealed that Willecombe is the assistant to a millionaire businessman, whose 8-year old daughter Lorna (Allen Roberts) is the target of a kidnapping plot. When the two suspicious men shake the surveillance sent by Calhoun, they then manage to snag the girl and begin demanding ransom money from her father. When the kidnappers manage to make off with the girl, Calhoun is forced to call in official police help, teaming up with Inspector Donnelly (Barry Fitzgerald) to try and hunt them. With Union Station chosen as the spot for the payoff to be made, Calhoun, Donnelly and their teams begin scrambling to track them down before the girl is hurt or any money is paid. 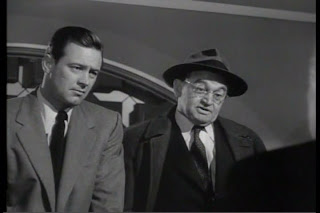 The mystery of the hunt for the kidnappers is very conventional, with no real shocks or revelations. What sets it apart for me, besides the cinematography, is the ruthlessness of everyone involved on both sides of the law. As would be expected from men capable of snatching a handicapped child, the kidnappers are determined to score an enormous payoff – determined enough to play out the plan to their very own deaths, as some of them do. They are the classic “bad guy” criminals. The police, on the other hand, prove themselves to be equally as merciless, feeling that any means used to foil the plot will be vindicated once the girl is recovered. This means that not only do they resort to violence and torture – just watch them beat on one of the captured plotters and threaten to place his head on the rails in the path of an oncoming train – but they never stop for one second to consider if they are crossing the line. While not quite to the level of the later Eastwood character, the officers act as proto-Dirty Harrys in their methods, which is an interesting change of pace from traditional “criminals = bad and cops = good” classification. The way that Maté films the interrogation scenes are never done in such a way as to make the audience question the good intentions of the police. But it’s hard not to wonder when enough is enough. 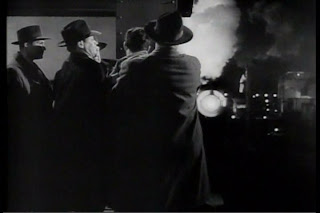 Even if the pre-Dirty Harry antiheroes are not enough to grab attention, the photography certainly should be. The story is set in Chicago, but much of the location shooting actually took place at a railway station in Los Angeles. Mate and cinematographer Daniel L. Fapp capture the hectic nature of a train station, with masses of people constantly shuffling across the screen. Even more impressive are the action sequences, which are marvelous to look at. When the officers venture outside Union Station in search of the plotters, the craftsmanship of Maté and Fapp becomes obvious. They seem to become more striking with each scene. The stampede scene where one of the kidnappers is trampled is impressive. The sequence where officers track a suspect to a rundown boardinghouse and leave him dying in the gutter is incredible. And the final chase sequence, in which the lone remaining plotter is tracked through tunnels below Union Station, may be the best of all – the camera work, shadows, use of fog, everything comes together.

Union Station is, without a doubt, more of a treat for those that enjoy watching (literally) a well-made noir. Maté and Fapp achieve outstanding results. The story itself is what ultimately holds this one back ever so slightly, but a placement at #78 in this countdown is still notable. With this and another noir from the same year that will place much higher in this series, 1950 was a great year for stars William Holden and Nancy Olson.
Posted by Dave at 12:05 AM