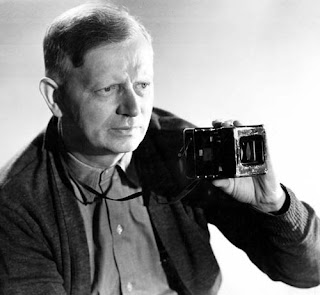 - "There is no greater experience in a studio than to witness the expression of a sensitive face under the mysterious power of inspiration."

There will be entries where I have seen very few films from the director, but those select few have had such an impact on me that I must include them in this countdown. Carl Th. Dreyer is a unique example of this issue, though, because he doesn’t have a great number of films easily available to watch. I have seen what I have been able to acquire and all five movies that I have seen have been devastating. As someone who initially had trouble getting into silent cinema, it was Dreyer that made me a believer. If it wasn’t for watching The Passion of Joan of Arc on a cold, dark fall evening, I don’t know that I ever would have done the slight “toe dip” into silent films that I have. It was one of those benchmark movie-watching experiences that I love to talk about.

The stories Dreyer tells are draining, to say the least, so they are not ones that I return to often when I sit down to enjoy a film. The artistry, though, is spectacular, which means once you have the inclination to begin a Dreyer film that you are not going to be able to tear yourself away until it is finished. While undoubtedly gloomy in tone, Dreyer’s stories are as compelling as cinema gets. They hit me like a punch to the gut every time. I have a similar uneasiness whenever I watch his cinema, expecting something bad or unfortunate to befall the characters at any moment. And eventually, something does happen. The genius of Dreyer, and why even if his films are draining for me I continue to return to them, is that he never fails to offer at least a sliver of hope to the viewer. Things might not turn out well for the characters, but there is something inspirational or moving to those watching the drama.

I realize that The Passion of Joan of Arc will likely be the pick for everyone as Dreyer's best film and I would certainly agree. However, I have to put in a strong word for Ordet. I would never dare rank it about Joan, but on a strictly favorites list it is a near dead heat for me. Ordet haunted me (in a good way) like few other films I have ever watched. The atmosphere is eerie, bordering on terrifying, and yet it ultimately becomes yet uplifting. The lighting and camerawork Dreyer uses in the cramped confines of the country home are miraculous. Such a great film.

All five of the films listed below are very good, if not flat-out great. My question to everyone else is what are the other essential Dreyer films that I need to seek out ASAP?

Next up is French comedic master Jacques Tati.
Posted by Dave at 12:05 AM