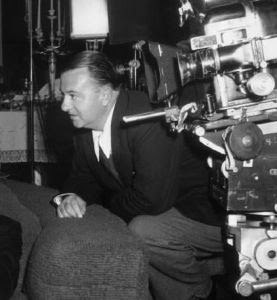 - "Everything must come from inside. It mustn’t be superficial.”

Jacques Tourneur unfortunately remains a director that is fully appreciated by only a select few. To those that delve deeply into the world of film noir or classic horror films, Tourneur is rightly recognized as being one of the preeminent stylists of either genre. For the general movie fan, though, his name is likely to elicit little recognition beyond Out of the Past. At the risk of sounding elitist, I know that most of those reading this post are much more familiar with the work of Tourneur beyond just his most famous film (I know my readers!). And so I think that I will get little argument from anyone when I give him such a prominent placement on this list.

When I hear the name “Jacques Tourneur” I instantly make the connection to film noir, which is interesting because in my opinion he only made one truly great noir - Nightfall pushes closes, but not quite. That one great noir, though, is the most quintessential film of the entire genre/style. I may have rated Out of the Past at #2 in my noir countdown, but I did so reluctantly, as I made clear in my entry. It should be the first film that any newbie to film noir watches and I have yet to meet a single person who dislikes it. Even with this fact, ranking his films shows what an accomplished director of horror Tourneur was. The movies he made with producer Val Lewton are among the finest horror movies ever made. I prefer I Walked With a Zombie, but I know knowledgeable critics who argue that Cat People transcends the horror label is actually a Top 10 all-time caliber film. What makes Tourneur’s horror films so great – and this includes Night of the Demon/Curse of the Demon – is how the scares and horror come not from shock tactics, but from psychological intrigues. Tourneur gets into your mind and plays on universal fears and neuroses. There is no need to for gore or blood; he is talented enough to terrify you without them.

And while he rarely receives recognition for his work with westerns, both that I have listed here are of very high quality. Wichita has recently become available via Warner Brother’s Archive series, which is how I was able to finally watch it. It is a fictionalized account of Wyatt Earp’s (played by Joel McCrea) days in the famed cattle town. I recommend it highly both for fans of westerns and of Tourneur. Canyon Passage is even better and fortunately can be obtained on DVD. I have long felt that if Canyon Passage had a name like Ford, Hawks or Mann attached to it, it would have a reputation as one of the most overlooked westerns of its era. Unfortunately, it has no such reputation, but it should.