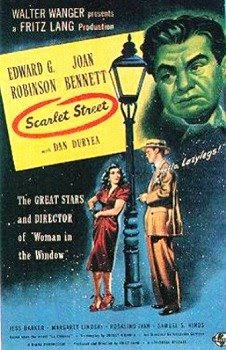 One of the ubiquitous features of film noir is an overbearing sense of darkness, as characters dig themselves into ever-deepening holes from which they can never emerge. In many cases, the predicaments that people find themselves in are beyond their control, playing upon the premise of “fate dealing a bad hand” to certain people. Even more disturbing, however, are the instances in which the audience is allowed to witness a person willfully engaging in behavior that is dangerous and results in them essentially digging their own graves. It can be an unnerving experience to observe someone making choices that you, as a viewer, know to not only be harmful but entirely avoidable. The best films that play upon this premise can make you want to grab the TV and scream at the character you are watching self-destruct, knowing that even if you could connect with the person on the screen, it would do no good. 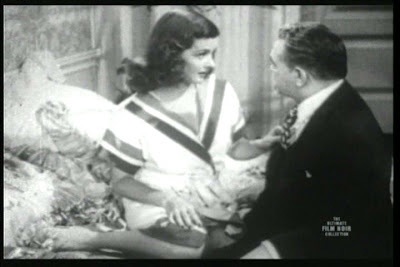 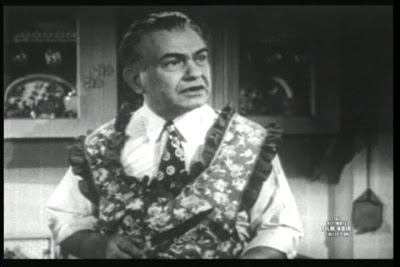 This movie is dark. Really dark. Dark, dark, dark. It might be cliché as all get out to refer to movie in this way, but if ever the description is accurate it is in this film. It would not be hyperbole to say that this film can be disturbing. Still, as with most noirs, it’s impossible not to hold out hope that at some point Chris is going to realize what is being done to him and somehow repair the situation. But with Lang at the helm, deep down you know it’s unlikely.

Other Contenders for 1945: I have to preface this section by acknowledging that there is a significant film from this year that I have not seen – Roberto Rossellini’s Open City. The only print I had available to me was an overdubbed English version, so I have held out to track down a copy without overdubs. This is a movie that I am intrigued by and look forward to eventually watching. I also should go ahead and acknowledge that in terms of greatness, it seems obvious that Marcel Carné’s Les Enfants du Paradis would be the logical choice. I enjoy the film and can’t deny its stature, but since a large part of my selection comes down to personal taste and enjoyment, I went with a more individual choice. Still, I want to recognize that it is a film that all movie buffs seek out and watch.

The closest competition for me in this year was another grainy noir thriller, Edgar G. Ulmer’s Detour. It’s a B-movie that looks horrible, has some plot issues that are probably laughable to some viewers, but one that packs a heavy emotional punch. This is the best example of a film that fits the description in the first paragraph of this review of a noir where the lead character appears doomed and fated to a life of hardship. This movie (and Scarlet Street, for that matter) is in the public domain, so it is easily found online to watch free of charge. I also really like Michael Curtiz’s Mildred Pierce, the movie that introduced me to the great Joan Crawford.

Other films that I like, but were not serious contenders are Jean Renoir’s The Southerner and Billy Wilder’s The Lost Weekend. I would also guess that Brief Encounter, from director David Lean, will receive much support but I’ve always been rather indifferent toward it.
Posted by Dave at 7:30 AM