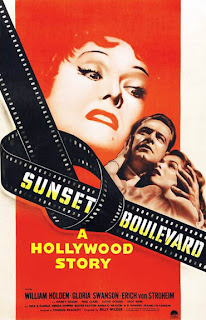 Man, would I give anything to be able to hop into a time machine and go back to see firsthand the incensed reactions of entertainment insiders when they initially encountered Billy Wilder’s Sunset Boulevard. In one of the crowning achievements of his career, the accomplished Wilder turned his bitingly cynical perspective and wit on the very industry that he had become a leading figure in. The apocryphal stories that exist about some of the reactions from Hollywood players are not only hilarious to recount, but telling of how close to home the biting script hit for many of the city’s powerbrokers. Louis B. Mayer was said to have become so incensed after watching the film at Paramount’s initial screening that he approached Wilder and berated him, heatedly asking how he could make such a mockery of the industry that had made him. When these pleas failed to get through, Mayer was rumored to have tried to pool funds from other studio heads to purchase the film negatives and destroy them before they were released. Some contemporaries of star Gloria Swanson’s silent days were offended by the portrayal, thinking that it cast them all in a ridiculous light. Looking at things now, sixty years removed from its initial release, it is possible admit that the biting script Wilder authored with Charles Brackett and D.M. Marshman falls short of indicting everything about Hollywood, as was initially accused. But it comes very close to doing so, pointing out, as only Billy Wilder could, how unmerciful the movie industry could be. 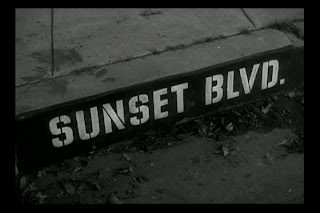 Is it a depressing drama? Is it a comedy? A complete farce? Is it even a film noir? In all honesty, as are the best Wilder films, it’s probably a little bit of all these things. Whatever labels you apply to it, though, there’s no denying its greatness. Everything about it – from writing, to directing, to acting, to photography – is damn near flawless. The reason this one is not #1 is purely because of personal preference – I love it, but I slightly prefer a few others – because this might be the best made film in the entire countdown.

The story centers on two people struggling to remain relevant in Hollywood. Joe Gillis (William Holden) is a former newspaperman from Dayton who moves to L.A. in hopes of making a career as a screenwriter. After a few minor successes, his career begins floundering to the point that he is unable to pay the rent or afford the payments on his car, which is in the process of being repoed. The other key figure is Norman Desmond (Gloria Swanson), a former star of silent films that at one time was the most popular actress on the planet. Her films were so successful that studios were built on the proceeds and in the process Norma herself accumulated a small fortune. But when talking pictures came into favor, Norma’s career was completely derailed. With her services no longer wanted, Norma went into seclusion on her Sunset Blvd. estate, living in a fantasy world, having contact with no one but her former director turned servant Max (Erich von Stroheim). The two cross paths when Joe swerves his car onto the Desmond estate while trying to avoid the repo men. When Norma learns that Gillis is a screenwriter, she floats the outlandish idea of the two working on a screenplay for her comeback. Joe plays along, hoping to earn some much needed cash, and stays on the estate rewriting the horrendous script that Norma had worked on for years. Things grow strange when the delusional Desmond develops a bizarre attachment to Joe, keeping him on the premises at all times and leading him to function as her male prostitute of sorts. So when Joe falls for another up-and-coming studio writer Betty Schaefer (Nancy Olson), the already fragile Norma completely loses it. 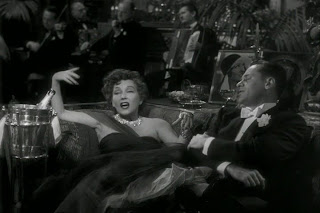 The authentic atmosphere of it all bears testament to the accomplishment of Wilder as both writer (along with longtime collaborator Charles Brackett) and director. I haven’t the slightest idea if Hollywood of this era was as petty and unforgiving as it is painted in this movie – my impressions of the studio system of this time come from films like Sunset Boulevard. So I have no clue if this is how the industry really treated past stars. What I do know is that Wilder makes me believe it to be true. After watching Sunset Boulevard – and particularly after hearing how people like Louie B. Mayer reacted – make me think that it _has_ to be true. Even with all of the theatrics and over-the-top performances, it is still that convincing. It has long been put forth that the genesis of the project stemmed from the sad tale of one-time titan D.W. Griffith, who by the 1940s was unsuccessfully begging for work in film. Wilder and Brackett saw this and were shocked, wondering what actually did happen to stars that had fallen from grace. This real-word connection, and its inclusion into the actual film, only adds to the authenticity. When you see what Gillis calls “waxworks” in the film played by the likes of Buster Keaton and Anna Q. Nilsson, even if they aren’t necessarily playing themselves, it carries a ring of truth.

The number of memorable scenes that make up the film are almost too countless to name. Is there a more unforgettable opening sequence? Our narrator leads us to his final resting place, letting the audience know that the body they see floating in a pool is his. Norma descending the stars for her close-up. Joe’s first glimpse of the grounds that make up Norma’s mansion is technically flawless, proving once again that the team of Wilder and director of photography John Seitz were among the finest duos in Hollywood history. If John Alton is the greatest cinematographer to ever work in noir, then surely Seitz has to be a shoo-in for the runner-up position. And it’s not just individual scenes that give the film such charm. It’s the minor touches that Wilder and company add to it all. It is things like the organ in Norma’s parlor that howls as the breeze hits its pipes. It’s the wonderful effect of something as simple as turning on the light in Norma’s recently restored pool. Minor details like these stick with you as much as the great individual scenes. 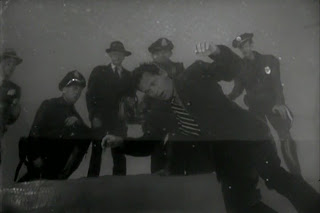 I don’t have the space to properly address the quality of the performances from the principal actors, but fortunately other more accomplished writers have given them their due. What I will say is that the acting is completely on another level in comparison to nearly any other film. Gloria Swanson, whose career mirrored the similar fall of Norma Desmond, gives the performance of a lifetime. The case can be made that it’s the finest performance by an actress in Hollywood history. William Holden is wonderful as well, but the other role that I always fall for is Erich von Stroheim as the loyal Max. He too plays a character whose story mirrors his real-life experiences and does so with equally spectacular results.

Excuse me for the gushing, but it’s a movie that justifies such fawning. I would guess that everyone reading this has seen it, but if you haven’t, stop reading this now and do so immediately. If you realize that you are unsure whether you’re supposed to be laughing or horrified, then you’ll know that you have properly understood the movie.
Posted by Dave at 12:05 AM