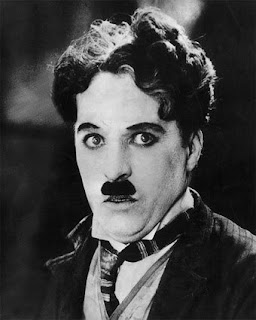 - “I went into the business for the money, and the art grew out of it. If people are disillusioned by that remark, I can't help it. It's the truth.”

Even today, his face is one of the most iconic images in the history of cinema. Just saying his name evokes daydreams of vintage era Hollywood and a period of vibrant creativity in the movie industry. People completely unfamiliar with his films or cinema history are aware of the symbols that he made famous – the Little Tramp Character, the trademark mustache, the top hat and cane. Charlie Chaplin’s contributions to the movie industry cannot be overestimated. As an actor and performer, he was the first comedy megastar of the screen, perfecting a brand of slapstick and physical comedy that has never been equaled. As a pioneer in the industry, Chaplin became one of the first stars to gain virtual autonomy over his projects, writing, directing, producing, starring in, and in many cases writing the music for, his greatest accomplishments. Chaplin the businessman was equally as important. Soon after coming to Hollywood he had already worked his way to being the highest paid actor in the world. In 1919, in hopes of gaining even greater control over every stage of his work, he partnered with fellow film veterans Mary Pickford, D.W. Griffith and Douglas Fairbanks to found United Artists. This was revolutionary for the time.

So to call Chaplin a GIANT is to understate his significance. He is arguably _the_ giant of film.

It’s impossible for me to separate Chaplin the director from Chaplin the actor, or Chaplin the all-around creative genius. And I don’t know that it’s even necessary to do so, even for such a list like this. The reason I say this is because his approach to moviemaking, at least through the most celebrated years of his career, centered on his being able to draw on every talent he possessed in the process of filming. Rarely did he write a completed script before beginning shooting. Instead he started with a general premise, acquired the necessary sets and equipment, and then began tinkering as he went. As one idea came on top of another, the general structure of the film would begin to crystallize and everyone would play off of what developed. The Little Tramp is the perfect character for such a style, as his crazy antics come across just as freewheeling as the director’s.

He was one of the rare comedians who could just as easily make you misty-eyed as he could make you laugh. Aside from the hilarious comedy that is prevalent in his films, it is that sincere heart that infuses Chaplin’s work that appeals most to me. Some may argue that things border on overly sentimental, but the amazing thing is that when Chaplin makes such obvious appeals to emotion, the pathos comes across as genuinely heartfelt. Few directors, actors, or artists period can pull that off and Chaplin did it routinely.

I still have many, many Chaplin shorts to get to, but I feel pretty solid on my ranking of his features.