I challenge any fan of classic cinema to watch that clip and not be completely put in the mood to watch the first Ernst Lubitsch film that you can get your hands on. Hearing Billy Wilder talk about Lubitsch, the man he unceasingly championed as his personal idol in Hollywood, truly is inspiring. His love of Lubitsch has become well known through the often repeated story of how Wilder hung a single sign in his office door that asked: “What would Lubitsch do?” The famed “Lubitsch Touch” is what Wilder continually strove to reach. To see an aging Wilder in the above clip, an undisputed master of direction himself, get that glint in his eye as he meticulously describes a scene Lubitsch created decades earlier (although, the astute Lubitsch fan will notice that he ultimately does reference the wrong film!) reiterates why Lubitsch remains such a fascinating director. Very few contemporaries of the sound era could direct comedy as magnificently as Lubitsch. Even today, he towers above contemporary directors.

The fact that so many accomplished directors themselves seemed keen to declare him the greatest director of comedy speaks volumes. Defining the “Lubitsch Touch” is an elusive task, and I’m sure that everyone has a slightly different explanation of what it means. Lately, though, for me the term has come to symbolize Lubitsch’s ability to make absolutely timeless films. His best work remains just as dynamic today as it did when it first premiered. These films maintain the air of sophistication that Lubitsch did better than anyone, while at the same time preserving the underlying sensual nature of his stories. The placement and movement of his camera created tension and sensuality that never would have slipped by Hays Code censors in more demonstrative form. The physical romance that runs through most of his stories takes place off camera, but he is skilled enough to make sure that the seductiveness and sexuality of it all remains palpable.

But who am I to try and describe in words the brilliance of Lubitsch? His films really just need to be experienced. So, on with the list! And I realize that the number of movies I have seen from Lubitsch is nowhere near being complete. He still has a number of musicals and films from his early years that I have yet to see. Everything I have seen, I love, which speaks well about any "new" Lubitsch movies I watch in the future. And while I'm at it, I'd like to point out how close I came to bumping To Be or Not to Be to the top of the list. It and Trouble in Paradise are two of the funniest movies I have ever seen. I couldn't quite supplant Trouble in Paradise, but it is so close. The next four in line could probably go in any order, but this is how I feel at the moment. 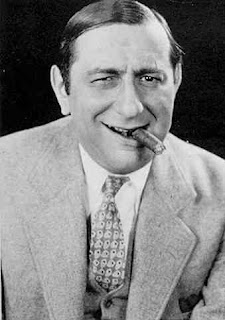