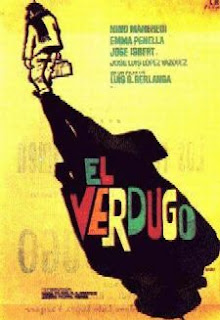 Man, do I love the Internet! Were it not for the world wide web there is a very good chance that not only would I have never had the chance to watch this neglected masterpiece, but there is even the possibility that I never even would have learned about it. This is a movie that was a giant mystery to me, one that I had only vaguely heard of. Once I started making the rounds of various movie blogs on the ‘net a few months back, I discovered the wonderful Wonders in the Dark decades countdowns right around the time that Allan published his review of this film. This was quite the surprise – after all, I had grown accustomed to having not seen many of the films included in Allan’s choices, but to see a movie at #29 for the entire decade of the 1960s and know _nothing_ about it really piqued my interest. Plus, it sounded like such an entertaining film. I had to see what I could do about watching it.

Alas, efforts to get a copy were futile – I’m still not even certain that a Region 1 DVD has ever been released and everywhere I looked had the Region 2 as unavailable. Desperate, I searched until I finally settled on my last possible option – watching the film online in what promised to be very poor quality. With no other way to see it, I figured I would just have to take what I could get and hope for the best. Not surprisingly, considering that it’s chosen as my #1 film of 1963, the poor quality did nothing to detract from my enjoyment. It was a stunner and I quickly understood why Allan included it among the decade’s best films. I watched it once and was thrilled. I watched it again and still loved it. I watched it a third time and began to wonder why Criterion or another similar specialty label has not scrambled to snatch the rights to this film and give it the proper release that it deserves.

It is a black comedy of the highest order, with much of its humor being derived from the seriousness of the characters in the farcical situations they find themselves in. The story opens with a young undertaker José Luís Rodriguez (Nino Manfredi) going to a prison to carry away the latest inmate who has been executed. While there, he and his partner meet the aging executioner (or el verdugo), Amadeo (José Isbert), who is approaching retirement age and wondering who will carry on the dying tradition of his trade. When José Luís gives Amadeo a ride home and is invited into his home, he meets Amadeo’s daughter Carmen (Emma Penella). The two quickly discover that they share an embarrassing dilemma – neither of them is able to find a spouse, as any prospective partners are scared away due to the nature of their work. For José Luís, people shy away from an undertaker. For Carmen, nobody wants to marry the daughter of a professional executioner.

The two begin to casually date each other, going together on picnics with Amadeo and other innocent excursions. Eventually things progress to the point that they sleep together and are very nearly discovered in the act when Amadeo returns home one day. When it is learned that Carmen is pregnant, there is only one solution in the strict Catholic nation of Spain: the two will be married. The complications ensue once they are married. Amadeo learns that the apartment he thought he was receiving upon retirement would no longer be given to him if his daughter is married. The only exception would be if he can convince his new son-in-law to assume his duties as the state executioner. José Luís understandably balks at the notion, not wanting anything to do with the sanctioned killings. Amadeo is persistent, however, promising that he’ll never actually have to go through with an execution, as pardon almost always comes through before the act. And even if a pardon does not come, he can simply resign before he has to follow through. José Luís eventually relents, takes the job, and quickly begins making more money than he has in his life. But at the same time he becomes obsessed with following the news and crimes beats, constantly worried that a killer will be caught and sentenced to death. When one such murderer is sentenced to die, José Luís gets the letter he has been dreading, summoning him to come and perform his job. He begins to scramble to figure a way out of the situation, but is he willing to give up the cushy life that the executioner’s paycheck has provided him?

It is a film of great comedic performances, starting at the top with Nino Manfredi. He plays José Luís Rodriguez as an affable man who is ambitious to move out of his brother’s apartment and make it in the world on his own. It’s easy to feel sorry for his outcast status and easy to understand why the high pay of the executioner’s job is enticing. He comes across as something of an everyman, which is why it’s funny to see him squirm at the prospect of following through on his job. It’s easy to understand how he is reacting, because he seems so normal. Arguably even funnier is José Isbert as the aging executioner Amadeo. It is impossible not to laugh when he shows off his copy of “Public Garroting” to José Luís or when he uses his hands to measuring the neck size of his new son-in-law. Amadeo discusses methods of execution as you or I would discuss the weather, and such matter-of-fact tone is what puts the comedy over. Other performances are just as funny. The exchanges between José Luís and his sister-in-law, who he lives with before marrying Carmen, are priceless. They clearly do not care for each other and make it well known in their interaction. José Luís is constantly taunting her about being a poor parent, while she responds by declaring that his mother would drop dead if she saw the state of her son. Whenever the two of them are on screen together it is hysterical. The dialogue is fast and furious, with subtitles coming at a pace that is neary too difficult to keep up with. It’s like trying to read the dialogue in a Howard Hawks screwball comedy. Still, if you stay on your toes, you are rewarded for following every word.

One scene in particular sticks out in my mind as comic and cinematic brilliance. When José Luís is summoned to the prison for the execution, he tries desperately to explain that he took the job only so his father-in-law could maintain his apartment. The warden is determined to carry out the execution as scheduled and will hear nothing of it, prodding José Luís to do his job. When it finally reaches the point of no return, José Luís still cannot go through with it. The warden’s response is to have his staff forcibly carry José Luís, in the same fashion as the guards are carrying the soon-to-be victim just steps ahead. Berlanga films it like a death march, which it is, but the one struggling not to be led to the execution chamber is José Luís. At times, the inmate and his entourage even stop and turn around to watch the ruckus that José Luís is creating. It’s a wonderful sequence that requires no dialogue whatsoever to be funny.

The film evidently is considered to be the pinnacle of Spanish cinema, making it even more shocking how underappreciated it is. Many hypothesize that it has been so unknown due to the fact that it was released during the Franco reign and thus was not promoted as much as would be a major film in other European nations. Still, even to this day it always places at or near the top of any major film polls in Spain. If it were to get proper exposure, it very well could begin to place near the top of major film polls throughout the world.

Other Contenders for 1963: Had I not been able to see El Verdugo, the choice for me in 1963 would have been obvious: Luchino Visconti’s The Leopard. Going through cinema year by year has shown me that Burt Lancaster might very well be my favorite actor. The Leopard shows how versatile he could be in acting ability and role selection. For me, it seems that El Verdugo and The Leopard stand out ahead of the rest of the films released in this year.

Some other favorites of the year include: High and Low (Akira Kurosawa), The Great Escape (John Sturges), The Birds (Alfred Hitchcock), Charade (Stanley Donen), and The Servant (Joseph Losey). I should also say a word for Federico Fellini’s 8 ½, as it is film that I don’t think I was ready for when I first watched it. In subsequent viewings I’ve enjoyed it more and more and have slowly moved toward the point of being able to simply sit back and enjoy watching it unfold rather than worrying about the story.

Jean-Luc Godard’s Contempt is another highly-acclaimed film that is completely lost on me. The entire relationship felt very contrived and I simply did not enjoy myself watching the film.

And one 1963 film that I really want to see but once again have been unsuccessful in tracking down is Elia Kazan’s America, America. I’d love to hear thoughts from anyone who has seen this one or tips on how to acquire a copy.
Posted by Dave at 8:03 AM