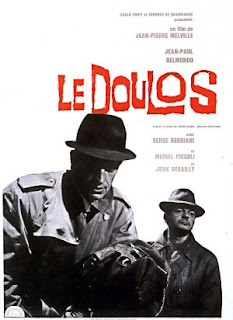 I have really gone back and forth with how to approach this one for the countdown. The French origin has never been a concern, as I’ve already established that non-English films certainly qualify in my book. The main thing was deciding whether to go ahead and include it in this series or hold it out until I decide to do something devoted to neo-noir. It’s not that I’m necessarily a stickler for the traditional time frame of film noir, but once you start getting into the 60s, I tend to unconsciously start lumping most movies into the “neo” category. Melville made a number of films that have to figure prominently in any sort of neo-noir series, so I was torn on whether to rank this one here or wait and address it alongside other Melville films like Le Samourai and Le Cercle Rouge. After watching it again, what ultimately convinced me to go ahead and include it here is that it achieves a look and feel that captures the atmosphere of 40s and 50s Hollywood crime films. It plays like a highly stylized take on Melville’s favorite movies.

At the same time, as a result of this indecisiveness, I have no doubt that I’ve penalized the film in terms of placement. If the only criterion was a simple “10-point scale” ranking, Le Doulos would probably be higher than other films that will place ahead of it in the countdown. But in a countdown devoted exclusively to film noir – film noir, as I define it – I can’t place it ahead of some classics of the style/genre that I think deserve a high placement. Hopefully this makes sense, because that is the best that I can explain it! 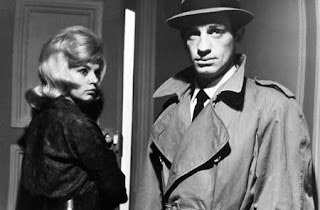 I’ve seen the narrative described as confusing, but I think the better label would be tricky. It’s not that it’s hard to follow, but the jumping back and forth between the points of view of Maurice (Serge Reggiani) and Silien (Jean-Paul Belmondo) can certainly be complicated. By the time the film ends, though, this narrative structure works quite well, as the main focus of the entire story is a kind of “honor among thieves” as Melville examines the loyalty and bond of two lifelong criminal partners. Maurice, recently released from prison, begins planning a number of jewel heists, but as police show up to foil a lucrative heist of a French estate, Maurice begins to suspect that an informer is tipping off the authorities. The obvious suspect is Silien, a man long suspected of being a professional informant. But as the details of his post-prison life are examined from different angles, Maurice begins to doubt even this obvious assumption. To go too far into detail about the nuanced, twist-laden plot would spoil things for those that haven’t seen it.

The first thing a viewer will notice is the black-and-white cinematography, which is at times almost unbearably dark. Melville and cinematographer Nicolas Hayer incorporate dark, dark blacks with bright lights to create incredibly harsh shadows. The opening scene, when Maurice enters the home of a former friend and partner, is one best opening scenes I've ever seen, ranking near something as impressive as the diner scene in The Killers. The entire upstairs room is pitch black, save for one hanging light bulb that somehow manages to create gargantuan shadows at impossible angles onto the back wall and staircase. It might not look natural, but it is certainly intentional – the impossible angles and massive shadows are intimidating. It’s an incredibly well constructed scene and Melville builds it to a perfect crescendo. 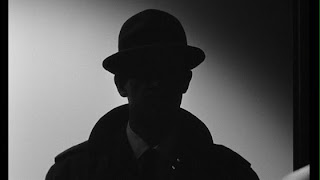 Besides Melville and Hayer behind the camera, Belmondo and Reggiani are strong enough to carry sections of the film on their own. As Silien, Belmondo comes across as likably sleazy and it’s impossible to get an accurate read on the character until things are revealed at the very end. Reggiani, on the other hand, plays a grim, resolute man. This is a world-weary thief, who seems to recognize that his way of life will likely lead to ruin, but is determined to see it through to the end. Like a great silent actor, much can be read just in the facial expressions and actions of Reggiani.

Jean-Pierre Melville is one of my favorite directors and is without question my most preferred in the storied history of French cinema. On the strength of this alone, I’m happy to be able to include him in this countdown. He certainly made better films than Le Doulos, but this one is not as well known as other efforts like Le Samourai and Army of Shadows. It should be, it is almost as good as those two recognized masterpieces.
Posted by Dave at 12:05 AM