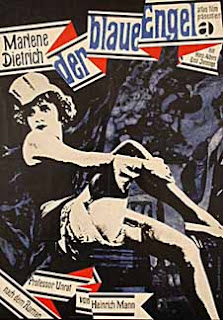 a.k.a: The Blue Angel

There are certain films that I think very highly of but rarely watch. There are a variety of reasons for why this might be the case, but the most likely explanation is that some films are just so draining that it can be challenging to repeatedly subject myself to it. The Blue Angel is the epitome of such a film. This story of a man who voluntarily abandons a successful way of life after one memorable night with a seductive woman is unnerving. Yet, the power of the two lead performances is so strong that it was impossible for me not to be captivated by this man’s descent into a nightmarish existence. The fact that the film is disturbing and at times unpleasant to watch only reinforces how effective it is. 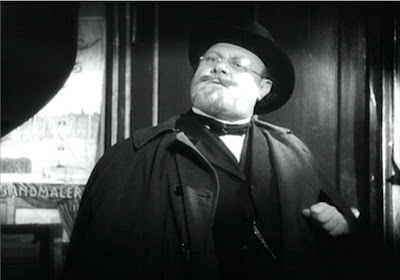 The story centers upon Immanuel Rath (Emil Jannings), a middle-aged college professor who lives a highly structured life. Each day follows a similar routine, involving his housekeeper waking him for breakfast, eating alone, and then to the school to instruct his teenage students. When he finds a group of his students gawking at postcards of a scantily clad woman, he discovers that the pictures are of a woman who sings at a local club called The Blue Angel. After he finds out that the students have been sneaking into the club late at night, he sets out for The Blue Angel determined to catch them in the act.

While there, Rath meets the woman of the postcard, singer Lola Lola (Marlene Dietrich). After a tense first meeting, Rath returns to the club the following night. He is enchanted with this beautiful woman. After running off a customer making unwelcome advances toward Lola, Rath is seen by her in a new light. Warming up to this stiff academic, Lola suddenly begins to shower him with attention. He spends the rest of the evening with her, drinking and watching her perform, and ends up staying overnight. By the next morning, when he returns to school, Rath has made up his mind that he is going to marry Lola. He tells the director of the school as much and then proceeds to go back to The Blue Angel and propose. Now married to a risqué lounge singer, his career as a teacher is over and he goes on the road with the traveling troupe that Lola is a member of.

It is while on the road that Rath begins to lose control. Quickly spending all of the money he had saved, Rath is forced to begin peddling postcards of his wife in order to supplement Lola’s earnings as a singer. When not even this is enough to live comfortably, Rath further denigrates himself by becoming a clown that assists the troupe’s director and magician with his act. He is completely rundown, and judging by the emotions that Jannings is able to convey simply through facial expressions, he feels ridiculous. Rath openly and vocally despises what he has become, but seems to be clueless to any alternatives. Additionally, whatever love once existed between him and Lola appears to have completely dissolved. When the group makes a return trip to his hometown for a performance at The Blue Angel, Rath reaches a breaking point. The humiliation of performing in front of his former colleagues and students drives him over the edge. 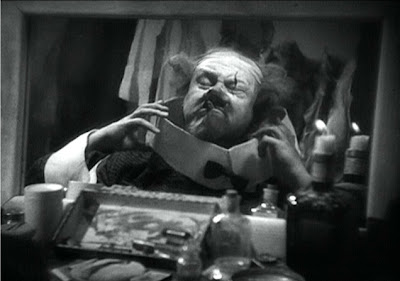 My experience with the films of Joseph von Sternberg is limited and this 1930 German release was my introduction to his work. As a director that would ultimately come to be viewed as a key influence upon the later era of film noir, I came in fully expecting a film that was bleak in outlook. As can probably be interpreted from the introduction to this piece, the film more than fulfilled that expectation. What I did not anticipate is how adept von Sternberg would be in altering the tone in mid-film. This is not a movie that is melancholy the entire way through. For half of the film, von Sternberg is able to create a very enjoyable light comedy. The cat-and-mouse game played between Rath and his students is funny, with the workers at The Blue Angel realizing what is happening and contributing to the professor’s challenge. The workers understand how uncomfortable Rath initially is when he comes to the club, and they play on this nervousness. Lola embarrasses him by doing things like undressing just out of sight and dropping her underwear down onto his shoulder. While they are somewhat mocking of the professor, these antics come across as funny and very innocent.

But when von Sternberg does change the tone of the film, it is a complete reversal. From the point that Rath begins working as an entertainer for the troupe until the end, there is nothing good-natured in the entire film. The atmosphere becomes very gloomy and it is here that Emil Jannings truly begins to shine. He is excellent as the bumbling professor, running around trying to catch his students at the club. But as a man struggling to maintain his dignity, he is even better. Jannings was already a very accomplished actor prior to this film. In fact, he had won the first ever Academy Award for Best Actor in 1928 on the strength of two roles he played that year (in von Sternberg’s The Last Command and Victor Fleming’s The Way of All Flesh). His reputation was built on his work in silent films, but with the arrival of the talkies, he left Hollywood and returned to his native Europe. In The Blue Angel, this silent film background is fitting. With very little dialog, Jannings is able to convey the shame that Rath feels toward what he has become. Watching his facial expressions as he begins to apply the makeup for his clown costume, the sense of embarrassment is quite clear. While not completely silent, the final freakout by Rath when the troupe returns to The Blue Angel is as disturbing as anything from a horror movie. His guttural screams as he attacks Lola demonstrate that he has completely lost his grip on his sanity. 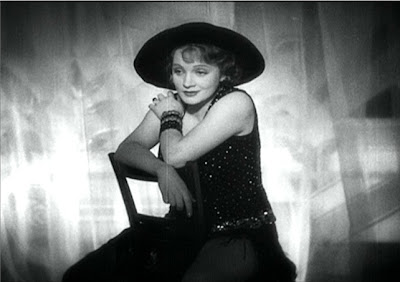 While Jannings’ performance is the most powerful, the most significant impact of this film was the introduction of Marlene Dietrich. This was her breakthrough and brought her international fame. The strength of Dietrich in this film is the ability to project a very sexy and alluring image. Lola is a manipulative woman, someone that relies on sex appeal to achieve her own designs. Dietrich, with her stunning beauty and assertive attitude in the role, plays the character as it needs to be done. At the time of release, the consensus opinion was that Dietrich had stolen the show from Jannings.

In the midst of this praise, I have to acknowledge that this is far from a perfect film. There are scenes that seem entirely superfluous and that would not have been missed had they been completely cut – for example, a scene with the entire troupe around a dinner table celebrating the wedding of Lola and Rath. Some would argue that the entire relationship between the two is outlandish in the way that Rath becomes completely enamored after just one night. The pace of the story is wandering, just flowing from one point to the next without many real ups or downs until the whirlwind finish. While it worked for me, there were times where even I grew concerned that it was about to seriously drag.

There are even deeper interpretations of the film that many critics have put forth, but I’m far from qualified to comment on whether this truly was a parable for the decline of Germany in the period between the two world wars. Von Sternberg is on record declaring that he didn’t intentionally include such a message. What I do know is that he crafted a film that is intriguing in the way it is able to very quickly change from a lighthearted comedy to a bleakly tragic tale. In the process, there are images and scenes that are not easily forgotten.

NOTE: The film was actually shot simultaneously in German and English. The Kino DVD release includes both versions. I have personally only seen the German version and from all accounts, some of the expressiveness of the dialog is lost when the actors are speaking English. Not having seen it, I can't comment on how accurate that is.

Other Contenders for 1930: All Quiet on the Western Front (Lewis Milestone) was close, but the “preachy” feeling of some of the dialog holds it back somewhat for me.

-Let the debates begin. I feel absolutely certain that this one is different from what others would pick for the #1 of 1930.
Posted by Dave at 10:10 AM