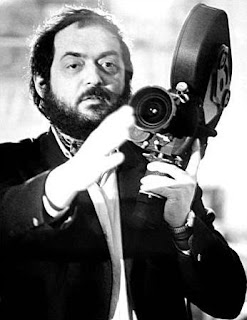 In terms of greatness this place - as was John Ford's on Tuesday - is far too low. The Kubrick legacy is one that has aged very well as his status as one of the finest directors to ever work in the medium remains as strong as ever. Ranking him here is no disrespect at all, but simply a matter of personal tastes. When you scroll the bottom of this entry and look at how I rank my favorite Kubrick films, you will notice that my ordering is certainly unique. Normally, devoted Kubrick followers place A Clockwork Orange and 2001: A Space Odyssey at, or at least near, the top. My taste runs contrary to the traditional viewpoint though, which I think says a lot about the overall body of work Kubrick produced over his forty-plus years in cinema. The fact that I can come up with such a different ordering of his films, placing his two most critically-acclaimed movies outside of the top half of the rankings, shows how strong his filmography is. Depending on your taste or preferences, there is something in his work for everyone. I am a sucker for crime dramas and historical epics – thus I gravitate toward classics like The Killing, Paths of Glory, and Barry Lyndon. Others might prefer the more experimental or science fiction, which means that Clockwork and 2001 would justifiably be pushed toward the top. Of course, this doesn’t exactly explain something like Dr. Strangelove, but that movie is beyond classification…

I would point out that this is probably the first time that I have finally decided to boost Dr. Strangelove to the top of a Kubrick list. Ever since I watched The Killing, it has been firmly planted as my personal favorite. Dr. Stranglove I enjoyed from the get-go, but it is a movie that has grown even better for me over time and repeat viewings. My sense of humor is dry and dark anyway, and since Strangelove is as black as a newly-laid driveway, it was likely inevitable that it would come to be my favorite Kubrick.

What has struck me most in my recent Kubrick viewings is (no surprise) the unmatched visual sense that he possessed. A fact that I knew, but never really gave much thought to until I was reminded of it once again by John Greco at Twenty Four Frames, is that Kubrick began work as a semi-professional photographer while still a teenager. A famous photo that he sold to Look Magazine while only 16 can be easily found at various spots on the ‘net. This still photographer’s eye can be seen in the impeccable taste he shows in framing shots. Every movie he ever filmed displays incredible images, regardless of the director of photography or other principals behind the camera. This tells me that Kubrick remained the guiding force and reason for this continued visual excellence.

Next in the series is the the underrated noir and thriller specialist Robert Siodmak.
Posted by Dave at 12:05 AM