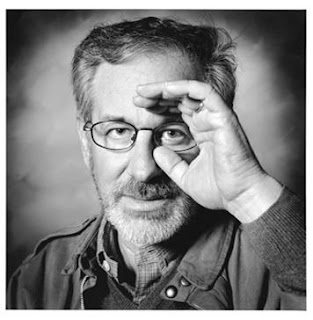 Check your elitism at the door if you wish to proceed with the first entry in this series. And I'll note up front that this one is significantly longer than other entries will be... as you'll see, I go off on some tangents here, just to get some thoughts out there!

I’m kidding with the elitism crack, but there is at least a grain of truth in such sarcasm. I thought I’d kick things off with a man who can divide “serious movie fans” as fast as Brian De Palma. The backlash that has developed against Steven Spielberg in some quarters is mindboggling. I hate to use the word elitist, but it definitely comes across that way. In some quarters of the internet movie community, simply admitting to be a fan of Spielberg’s films is enough to get labeled as a mindless sheep of big-budget Hollywood; as someone incapable of appreciating more subtle, toned down cinema.

I am honestly not pointing this finger at any of the folks that frequent Goodfella’s. Really, none of the blogs that I regularly visit fall victim to such a ridiculous viewpoint. But if you don’t believe me, I urge you to check out various forums and message boards devoted to movies or certain DVD labels and see for yourself. The enormity of the box office numbers that his films generate is likely the first cause of the counterattack. Beyond that though, the general complaint about Spielberg being labeled not just a profitable director, but a genuinely great one, is that most of his films lack the true depth and substance of peers like Scorsese, Coppola, and others. Even more damning, they say, is that he simply panders to cheap emotional reactions from the audience rather than allowing poignant drama to develop naturally. This phenomenon has been most noticeable to me among self-anointed amateur “cineastes” that tend to balk at all things overtly commercial, but it’s evident among a number of critics and historians too. Just read some of the professional assessments of his work:

"As America in the 1990s moves slowly away from the Reagan era, will Spielberg find new materials and adult themes, or will he seek continuing refuge in tried and true formulas? And will those formulas continue to work? And finally, will Spielberg manage to successfully mediate his apparent dual interests - being a modern day mogul in the style of Walt Disney or Cecil B. De Mille as well as being a respected artist whose work requires no apology?" - Charles Derry (International Dictionary of Films and Filmmakers, 1991)

"While it is impossible to deny either his Midas touch or his extraordinary technical proficiency, it has nonetheless become increasingly clear in recent years that he is perhaps more at home with sentimental 'family' fodder than with more sophisticated material." - Geoff Andrew (The Film Handbook, 1989)

Are these people serious? I don’t understand why some are so quick to assume that “commercially successful” and “artistically significant” have to be mutually exclusive. Spielberg has at times fallen into the trap perpetually occupied by his good friend George Lucas of simply overwhelming audiences with special effects. But beneath any effects that Spielberg might employ, the skill he possesses is, in my opinion, undeniable. His technical chops are so well-established in fact, that he is often criticized for being too reliant upon such cold, detached skills. What I think is overlooked is just how good of a storyteller he is. Perhaps he doesn’t have the auterist credentials of other successful directors who rose to prominence in the same era, but the man has a track record of producing compelling stories, regardless of the genre he is working in. Is Raiders of the Lost Ark a matinee action adventure? Yep, it sure is. But even while making a movie that had every intention of breaking the bank at the box office, Spielberg and company simultaneously created a character that people cared and fell in love with. I see nothing wrong with avoiding great philosophical thoughts or statements, and simply concentrating on crafting enjoyable, well-told stories. Is that not what many great directors (Hitchcock comes to mind) set out to do?

Then, when Spielberg did decide to tackle mature themes and stories, he took some flack for those as well. There was still something to nitpick in each of these efforts. Some argue that much of Saving Private Ryan’s reputation is built solely on the famed beach landing. Is this the case? Of course, but that doesn't mean that the rest of the drama is unimportant. The craziest accusation I have seen leveled against Spielberg is that with Schindler’s List – which is unquestionably his artistic zenith – that he intentionally “manipulated” how the audience should respond to Holocaust atrocities. What?! At any rate, I’ll stop reeling off the ludicrous accusations I have seen thrown at the monstrosity that is the Spielberg box office machine. I’ll simply close by saying that I enjoy each stage of Spielberg’s career – his early adventurous cycle and his later, more mature works. In the new millennium he seems to have caught a second (or third) wind and has produced some wonderful films.

Below is my ranking of his films that I have seen (which clearly is not all of them), based purely on personal preference. In terms of greatness, I don’t think there is any question that Schindler’s List would have to be placed at the top. There are a number of his films I still have not seen, and not every one included here is one I actually like, but I think this is a resume that is strong through the Top 10-12.

- Up next in the countdown: Nicholas Ray. And as a TCM alert to those in the States, one of Ray's more celebrated yet harder-to-locate films THE LUSTY MEN will be shown Wednesday June 2 at 2:00 PM. Set the DVRs or VCRs as necessary.

Also, my hope is to keep discussion centered on the director of the day, holding off the next revealed entry until it's actually posted. Everyone probably already knows this, but it's worth typing it anyway. So all Nick Ray nuts, you'll have to wait until Thursday! (LOL)
Posted by Dave at 12:05 AM