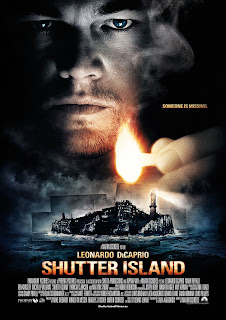 This statement could floor someone by its boldness or mean absolutely nothing to those that think he’s done little of value in over a decade – Shutter Island is the best film that Martin Scorsese has made since Casino. Possibly since Goodfellas.

I have no intention of writing a full-scale review, or something approaching the length of some of the posts previously done here. But, being the Scorsese nut that you all know me to be, I couldn’t resist posting something about this highly anticipated release. When I returned from the theater last night and thought about what kind of rating to give Shutter Island, I decided that for the time being I’d throw up an 8/10 to serve as a generic “I liked it, but I need more time to decide what to make of it.” As I expected, I was a bit rash in putting up any kind of rating at all. The film has been running through my mind since I exited the cinema, playing on the seeds of nervousness and terror that are planted throughout its two hours plus running time. The amazing thing – and perhaps the greatest compliment that I can pay to the film – is that despite some admitted predictability in the narrative, the movie remains riveting, and at times downright disturbing, the entire way through.

It can justifiably be classified an “homage film,” as some of the references will be apparent to filmgoers – The Shining, Black Narcissus, Hitchcocks like Vertigo and Psycho, noirs such as Laura. But as Goodfella’s contributor Sam Juliano and I discussed, all of this adds to the pleasure of the entire experience. It is like Marty, being the insatiable movie lover that he is, decided that he wanted to make a movie that combined the finest elements of the films that he has always loved, and just have fun with it. The result is a technical masterpiece. I have praised the excellent work of cinematographer Robert Richardson before, citing his contribution to JFK as one of the main reasons why it remains a favorite film. His work here might even outdo that one, and if it is not worthy of consideration when next year’s awards season arrives then they should just call them all off.

I still have no intention of writing a full length review (for that I’ll point you toward Wonders in the Dark in the next few days), but even in just typing out this short response I’m already going over in my mind how to address the main complaint I keep reading – the red herrings found throughout and being unsubtle in execution of the story. I actually agree that it is not hard to figure a lot of it out, but those that will allow this to ruin the entire experience are completely missing the point. The predictability actually adds to how unsettling everything is. The fact that you can figure out what is likely going on and are then left to watch as it unfolds precisely as predicted, in all of its horrifying glory, is as noir as it gets. The inevitability of it all makes it distressing.

If you’re a fan of Scorsese or any of the films I mentioned earlier, then I urge you to ignore the split critical opinion and get to a theater to see it for yourself. I know I’ll be going back again.