Finalizing Plans for the Noir Top 100 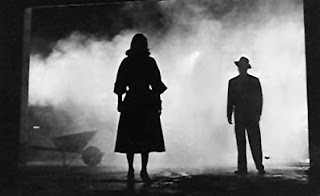 I know it’s been quiet around these parts lately. I’ve been recharging the creative and writing juices after completed the annual countdown and watching noirs like a madman in preparation for the next project. I’m just throwing up something now to kind of finalize plans and map out how I’m envisioning things playing out.

As I mentioned in the last post, the definition of “film noir” means different things to different people. Rather than trying to settle on one universal definition that everyone can agree with, I’m taking the advice of one of the greatest visitors of the blog, Samuel Wilson, and simply rolling with my own definition of noir. Some films will be included that others don’t feel qualify and I’m sure that I’ll also leave some out that others think should be in the countdown. But I think this is what can be incredibly interesting for those following things. As we get near the top spots, there can suspense about both the ordering of selections and even about whether certain “borderline noirs” will even be included.

Right now, the plan is for the countdown to begin after the holidays – I’m thinking that Monday January 4 sounds like a good starting point. It will proceed as I previously described, with extended (1-page) capsule reviews and analysis of one film per day. Similar to the Year’s Best Countdown, this will not really be a “greatest” noirs list, but will be more reflective of my personal taste – which, I’m guessing, will be much more interesting to people than the usual suspects being recycled. Of course, a lot of those films that appear on “greatest” lists are going to be found in my countdown as well, but not all of them. Some beloved and well-regarded noirs will not be among my Top 100. I actually think that the ranking is what will be most interesting to people. I don’t know that the countdown will feature an abundance of rare films or noirs that have been seen by very few people, although there will be a few of these. The most interesting aspect will be how I order things and how the debates ensue from the rankings.

And one other caveat is that I will not be bound by previous rankings I’ve made, such as my Top 100 of all time list… my tastes and preferences change far too often to be beholden to a list of just a few weeks ago! :)

Sound like a plan? I’m really looking forward to getting things going! I’ll be using the next few weeks before it starts to get in as many new noirs as I can so as to make my list as complete as possible. There are still so many hard-to-get noirs that I simply won’t be able to see before the countdown begins, but there will still be a number of excellent films to discuss.
Posted by Dave at 7:24 PM