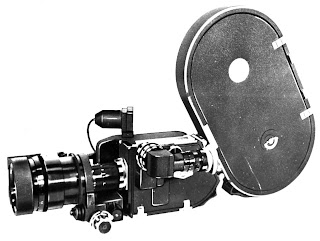 OK, so the countdown did not conclude with the exact scenario that I would have chosen, but all in all I still found it to be one of the most rewarding series that I have done in the history of the blog. Perhaps it was not as time-consuming or as in-depth as some of the other countdowns, but it was every bit as difficult to make the list and then to try and rank sometimes massive bodies of work. Still, it was fun for me to do. As everyone who follows the blog knows, I am the type of cineaste that takes great pleasure in re-watching favorites. Sometimes, this works to my detriment, as I re-watch films two and three times at the expense of finally getting to the piles of movies that are waiting to be viewed for the first time. But it works perfectly for an exercise like a favorite directors series, as it was an excuse to go back and watch some all-time favorites.

As for this post, I at least wanted to conclude the series as I have all of the other countdowns with a wrap-up post that ties everything together. As I said from the start, the list would have a slant/bias toward American or English-language directors. This is not because I have anything against world cinema, it's just natural that I would give high positions to what I am more familiar with. Thus, 26 of the 30 directors in the countdown worked in Hollywood at some point in their careers. A number of them were born outside of the United States, and did significant work in Europe, but eventually came to the States and found great success. Perhaps this statistic just shows how little I know about cinema in general, but I make no apologies. Everyone on this list is a master and deserves such recognition. As I continue to become familiar with more and more directors (particularly from around the world), they might knock many of these Americans out of such a list. Until then, I stand by my choices and love the work of each director.

What I thought would be most interesting would be to throw up the names of a dozen directors who I painfully was forced to keep out of the Top 30, along with give a brief thought or explanation on their films or why I didn't include them. Although these aren't really in any particular order, the first name on the list was the hardest one to decide what to do with:

-David Lynch: There were times when I thought Lynch would push for the Top 15. Others, as ultimately happened, I wasn't sure I would even include him. The problem I have with forming an overall opinion of Lynch's work is how I tend to respond to his films. He has a few that I absolutely love and think are masterpieces - Mulholland Drive and Lost Highway. But there are others that I flat out dislike - Dune, Wild at Heart, Inland Empire. Even my high regard of Twin Peaks has tempered somewhat. So there is very little middle ground, although Blue Velvet has recently begun to click for me. So basically, it's a very hot-or-cold relationship I have with Lynch, making it very hard to place him in the context of a Top 30. So, I eventually opted to have him just on the outside looking in.

-Michael Curtiz: This would have a been a surprising selection I am sure, but it very nearly happened. And thinking about it now, I easily could have included Curtiz at least at #29 or #30. He might not have the most impressive overall body of work, but he made my favorite movie of the 1930s (Angels With Dirty Faces) and my first or second favorite film of the 1940s (Casablanca). After those two films, though, there is a drop off, with Mildred Pierce being the only other Curtiz film that really does a whole lot for me. Still. those top two are so strong that he very nearly made the list.

-Quentin Tarantino: Similar to the situation I described with David Lynch, I tend to have a hot-or-cold relationship with Tarantino. I still firmly believe that his first two films, Reservoir Dogs and Pulp Fiction, are miles and miles ahead of anything else he has ever done. I also enjoy Jackie Brown and have recently come around on Iglourious Basterds, but those few in between do nothing for me. The Kill Bill series I have trouble even taking seriously and Death Proof doesn't really thrill me. In initial drafts of my list Tarantino was included, and in looking at things now he probably makes as a strong a case for me as Spielberg or Ray, but I ultimately sided with the two who have more movies that I enjoy.

-Jacques Becker: It is hard not to take into account the small body of work that I have seen from Becker, but this didn't bar him from the list - after all, I also included Jacques Tati. Still, loving only two films from a director makes it hard to rank him over the other giants he was up against. Even so, I still maintain that Touchez pas au grisbi is one of if not the best French gangster films ever made.

-Jules Dassin: Shockingly enough, Dassin was initially a lock for the list. But when I went to make my rankings of his films, I found that I have a Big Four for him and that's it. Rififi, Brute Force and Night and the City are three of the finest noirs and films of an era. Thieves' Highway is also excellent, even if I consider slightly below the other three. Outside of those, I'm not really a fan of much else. I know that many folks consider The Naked City to be a great film but I have never been a fan. Even so, I still consider myself a huge Dassin fan and cherish those four favorites.

-Raoul Walsh: I feel like I still need to see more Walsh, which might have factored into him not being included. What I have seen though are great ones. The Roaring Twenties remains one of my favorite gangster films and in my opinion one of the best of the '30s. The reputation of White Heat speaks for itself. High Sierra is wonderful. Walsh seems to remain something of an overlooked director - everyone recognizes his work, but few think of him for lists like this.

-William Wyler:: Another classic Hollywood director that sometimes gets lumped in with being a "studio director" but who nonetheless made a number of exceptional films. What might have held him back from the list is that aside from my two favorites - The Best Years of Our Lives and The Letter - the rest of his work remains around the "consistently above average" level. By this I mean that they are very, very good films, but not quite great.

-Sergio Leone: Another odd one to rank, as he made two all-time favorites with Once Upon a Time in the West and Once Upon a Time in America, then a number of films that I just like. The Man With No Name trilogy has a staggering reputation, but I've never really connected with them as so many others have.

-Carol Reed: I've seen a small number of Carol Reed films, but they remain impressive. The The Fallen Idol and The Third Man are an impressive back-to-back combination.

-Joseph L. Mankiewicz: Another studio director that isn't immediately considered for lists like this, but I still love this writer-director's work. All About Eve remains my favorite, but the list of other impressive credits shows his consistency. House of Strangers, Somewhere in the Night, The Barefoot Contessa, The Ghost and Mrs. Muir, Julius Caesar - all very solid work, some at least bordering on great.

-Akira Kurosawa: My guess is that Kurosawa would have been a lock for most list from everyone else. In a "greatest directors" series, he certainly would have made mine. I certainly appreciate his craft and recognize the talent. But since this is a "favorites" series, and Kurosawa is not a director I consistently reach for when I just want to sit back and enjoy a movie, I opted not to include him. This shouldn't be taken as disliking Kurosawa though. I love Ran, Throne of Blood, and High and Low. If I sometimes have trouble connecting to samurai films, it still doesn't detract from appreciating the overall craftsmanship and storytelling.

-Bernardo Bertolucci: I think so highly of The Conformist (a Top 10 all-time film for me) that I nearly catapulted Bertolucci into the ranks on that alone. Obviously that didn't happen, but I still gave him strong consideration. What probably kept him out is that The Conformist is _so_ far out in front of anything else he has ever made, it just didn't feel like the overall body of work could overtake those I included on the list.
Posted by Dave at 11:27 AM