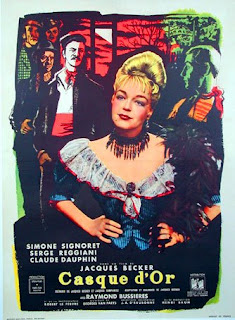 The nature of a countdown such as this creates some interesting situations in how a film’s inclusion depends so much on the strength of the competition in a single year. This point is so obvious that I almost feel stupid reiterating it, but it creates unique instances where a director’s only appearance in the countdown is through a film that I do not actually consider to be his best. Due to strong competition in other years, what I consider to be the best of a particular director’s work can be bound for runner-up status. Such is the case with French director Jacques Becker. For a career spanning twenty-five years, he has a remarkably small body of work. I have seen just three of his films, all of which I think are outstanding and deserve to at least be mentioned in a series such as this. Still, it is ironic to think that this gem, which I choose as the best film of 1952, would at best be my second favorite Becker film and possibly rank as third. And yet, because it is almost a certainty that neither Touchez pas au grisbi or Le Trou are going to prevail in their respective years, Casque d’or will likely be the only Becker officially included in the countdown.

Hopefully the above paragraph will not lead anyone to doubt how highly I think of Casque d’or. Just because there are other movies in Becker’s filmography that I might slightly prefer does not mean that this one is a subpar effort. Far from being subpar, it is in fact among the greatest of French crime films. Although it was initially a box office flop, the movie has long been looked upon with reverence by prominent French New Wave directors. Anyone who doubts its reputation in France need only read the thoughts penned by François Truffau in his book The films of my life. In it he marvels at how so simple a plot can be made to say so much. While acknowledging career best performances by both Simone Signoret and Serge Reggiani in the film, he gives credit for the power of the film to the writing and direction of Jacques Becker.

The first thing that struck me about the film is its unique setting. Most gangster or crime films of the era are set in similar post-war periods, emphasizing the darkness and malaise of the times. Films noir being made in America and other gangster films made in France in the 1950s and 60s emphasized dark lighting and cinematography, creating brooding atmospheres that set a very gloomy tone. This story, by contrast, is set in 19th century Paris, a city that feels very much removed from the filthy streets of Rififi or Shoot the Piano Player. While he would create the standard gloomy atmosphere in later films, in this movie Becker does not rely on the shadows and dark figures. In fact, there are beautiful pastoral scenes sprinkled throughout the film that are vibrant and make extensive use of sunlight. I have often seen this characteristic of the film used to compare Casque d’or to an Impressionist painting. It is an interesting parallel, especially considering the fact that the movie is set around the same time that the Impressionist movement was taking place.

What the movie lacks in shadows and dark images, it more than makes up for with the one of the most melancholy moods I have ever experienced in cinema. I know that time and again I refer to the doomed feeling that is present in many noirs. I wouldn’t apply that label to Casque d’or, because the relationship that develops between Manda and his forbidden love interest Marie doesn’t feel so much doomed as heartbreaking. In watching it for the first time, I suppose that I did know that the bond between the two could not possibly last, but “doomed” isn’t the first descriptor to come to mind. Instead, I could not shake a palpable sadness for the two, which is not a feeling that is often stirred in me. But something about the composition of shots from Becker, along with a moving use of the score, manages to touch off just such an emotion. The story focuses on the relationship between Georges Manda (Serge Reggiani), a recently released ex-con, and Marie (Simone Signoret), a golden-haired prostitute who is known as “Casque d’or” or “golden helmet” in English due to her beautiful locks. The two meet for the first time when Marie accompanies her boyfriend Roland (William Sabatier) and the gang he is a member of to a riverside café. Another member of the gang, Raymond (Raymond Bussières), was a former cellmate of Manda while in prison and the two are reunited. Manda, it turns out, is now working an honest job and attempting to go straight. While catching up with his old pal, Manda’s eyes are caught by the stunning Marie, as the two share a moment that can be described as nothing less than love at first sight. The boyfriend Roland understands this as well, and takes exception to Manda making eyes at his girl. A fight ensues, with Manda knocking Roland out cold.

The next day, Marie finds Manda working at his carpentry shop and the two begin to move toward pursuing a secretive romance. When the gang and Manda cross paths again in a Parisian nightclub, Roland again challenges Manda and the two go to the back of the club to settle their disagreement. Gang leader Felix Leca (Claude Dauphin) sets the terms of the fight, decreeing that it will be a knife fight. Manda agrees, proceeds to kill Roland in the struggle, and then quickly flees the scene. This opens the door for Marie and Manda to pursue their romance, but it is complicated by the fact that Leca also views Marie as his girl. Knowing the identity of Roland’s murderer, Leca uses this information to try and maneuver Manda out of the picture and leave Marie to him alone. He uses his connections with a corrupt police inspector to frame Raymond for the killing, realizing that Manda will never let his friend take the fall for him. Rather than allow Raymond to be executed for his crime, Manda comes forward and faces the consequences. But when he realizes that everything is the result of Leca violating the underworld code of silence, he becomes determined to find a way out of prison and to exact his own revenge.

In detailing the plot of the story, the movie comes across as more of a straightforward gangster flick than it is. It actually lacks the usual violence and action sequences that are used in most gangster films. Even though there are violent actions taking places, Becker shoots them in such a way that makes it clear that his intention is not to focus on the brutality. The knife fight is not drawn out as most other directors would have chosen to do. Instead, the two men wrestle a bit, tussling for control of the knife, and its over soon after being started. Rather than painting Manda as a triumphing hero, Becker emphasizes the relief that he feels – he’s just glad it’s over with, not necessarily reveling in killing a rival. Even the final shootout at the police station is shot in similar fashion, without the gore or glorification of the deed. 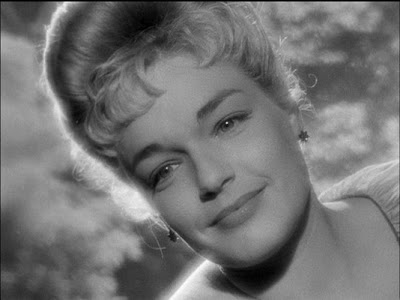 In final estimation, Casque d’or is actually more of a romance than a gangster film. The relationship between Manda and Marie is obviously the focus, meaning that for the film to be a success that the actors portraying these two characters would have to deliver. And they do. I have not seen Reggiani in many films, but what I have seen of him he always shines – this and Melville’s Le Doulos. He is perfect here as the loyal Manda. Manda is a character that is dedicated to those he loves, unable to leave a friend in distress. He continues his relationship with Marie, even after realizing that to do so could mean ruin for both of them. Simone Signoret, meanwhile, is unavoidably alluring. With just a glance she believably draws Manda into her web and is irresistible.

It is a film that manages to be so sad, yet one that I never hesitate to put on again. This is a rare combination.

Other Contenders for 1952: I have to be honest, this is not an overall great year for me. At the same time, I have to make an admission to not having seen one of the films commonly regarded among the best of the year. Having only recently dealt with cancer and all that it entails, Akira Kurosawa’s Ikiru and its story of a man receiving a terminal diagnosis is not one I’ve rushed out to see. As far as other films made outside of the United States, depressing films seem to have been en vogue in 1952. Umberto D. displays the artistry of Vittorio De Sica, but it’s one that I don’t put on very often. Forbidden Games by René Clément is another that can be quite sad but is an excellent film.

The other undisputed classic of 1952, and the one I would bet will be the most favored of this year, is Singin’ In the Rain, directed by Stanley Donen and Gene Kelly. I do enjoy it, but as someone that for whatever reason has never really loved any musical, I’ve always kept it at arm’s length. That being said, there are parts that I still find laugh out loud funny every time I watch it. That first time that they have Lina try and speak her lines, I can’t help but laugh. So while I never really considered choosing it as my #1 for the year, the review would be incomplete if I didn’t at least acknowledge it.

A pair of underrated noirs also place high on my list of favorites for the year. Richard Fleisher’s The Narrow Margin is a taut noir thriller, with Charles McGraw outstanding as the tough guy cop. I also really like the mysterious plotting and double-crossing of Kansas City Confidential. Obviously, I doubt that either of these films would place in a poll like this, but I felt I should at least highlight how much I think of them.

While at times feeling the same as Howard Hawks in regards to High Noon, I do have to admit that it’s still an entertaining film and a highly influential picture. I tend to agree with Hawks that the going around begging for help didn’t exactly ring true, but at the very least I have to acknowledge it for being the spark to lead Hawks to make possibly the best western of all time!
Posted by Dave at 12:39 PM