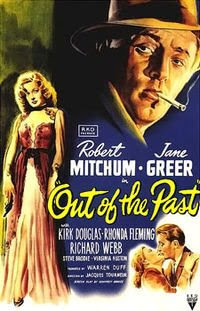 [NOTE: This review was written and posted in the first few days that this blog was open, long before I decided to undertake this Year's Best Countdown. But since I still like what I wrote about this film at the time, I have decided to go ahead and re-post it here, with the addition of an "Other Contenders" section that mentions other movies that I love from 1947. Keep up the great comments!] 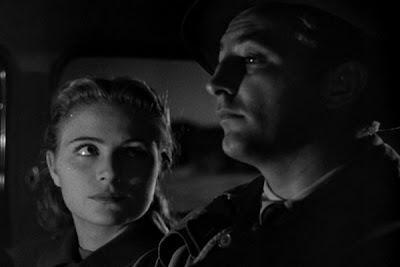 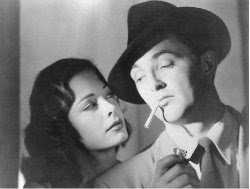 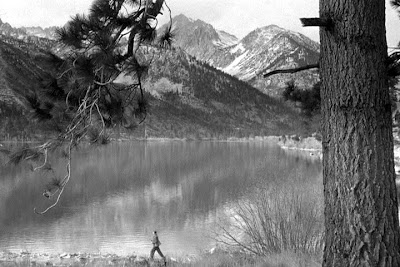 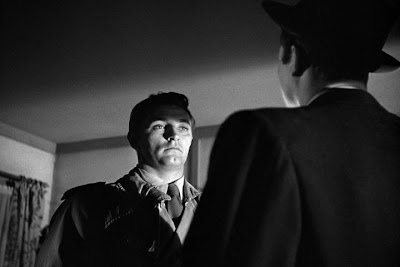 Other Contenders for 1947: Nothing ever really threatened unseating Out of the Past, but there are a number of other wonderful noirs and easily my favorite Powell and Pressburger film that deserve mention. P&P’s Black Narcissus is a visual delight, making great use of Technicolor. This is not meant to demean the storyline, because it is compelling, but this is a movie that I just sit back and marvel at the scenery. Definitely my favorite from the famed duo.

This was an all-around great year for film noir. Prior to his exile from Hollywood, Jules Dassin made some very good films and my favorite of them is the prison-break drama Brute Force. Burt Lancaster is great in the lead and Hume Cronyn is pure evil as Capt. Munsey. I also love Lawrence Tierney’s performance as a crazed serial killer in Robert Wise’s Born to Kill. As far as boxing movies go, I have always felt that Robert Rossen’s Body and Soul deserves to be mentioned among the best ever made. Nightmare Alley (Edmund Goulding) is among the most psychologically chilling noirs that I have ever seen. Anthony Mann produced a B-movie masterpiece with T-Men, making perfect use of the outstanding cinematography of John Alton. And finally, I cannot overlook the sinister performance from Richard Widmark as Tommy Udo in Henry Hathaway’s Kiss of Death.

Still, Out of the Past remains well out in front of all of these films.
Posted by Dave at 6:12 PM