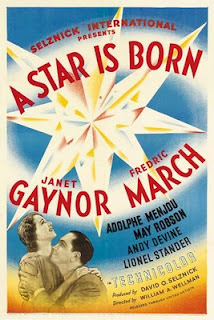 Wait a minute… is this turning into the Fredric March Countdown? It’s ironic that the man who I will eternally picture as mustached Al Stephenson makes his second appearance in films where he stars as someone other than the banker turned veteran. And while this film may not be as acclaimed as The Best Years of Our Lives, his role here as the self-destructive Norman Maine is every bit as memorable as that of Al Stephenson. The ease with which he is able to portray the fading movie star makes the fall from grace all the more unsettling.

I have always been intrigued by Hollywood films that are about Tinseltown and the movie industry. Particularly those that are critical of the “dream factory” image that is commonly associated with the Golden Age of Hollywood. I know that this is far from the only film to do this, but I find this one interesting because of when it was made. Coming in 1937, as the motion picture industry was approaching its boom years of the 1940s, it would seem like it would have been in their interest to cultivate idyllic images of their stars. A Star Is Born is not so much critical of the industry as it is a warning that the adulation and idolization of stars can result in dire consequences for those being worshiped. Even still, it highlights the “what have you done for me lately” mentality that has come to be expected in the movie business and the fact that yesterday’s stars are perceived to be worth very little when they are no longer an attraction.

William Wellman not only directs this Oscar-nominated film, but also co-wrote the script which won him an Academy Award for Best Screenplay. The story begins with young Esther Blodgett (Janet Gaynor) fantasizing about leaving the Midwest and making it big in Hollywood. Ridiculed by relatives over such a pipedream, Esther nevertheless takes the plunge at the urging of her grandmother and sets off for California. The film depicts how unlikely it is for such a dream to come true, as Esther has no luck landing even the most insignificant roles. When she attempts to register as an extra, she is told that there are already so many extras on call that they haven’t accepted a newcomer in years. 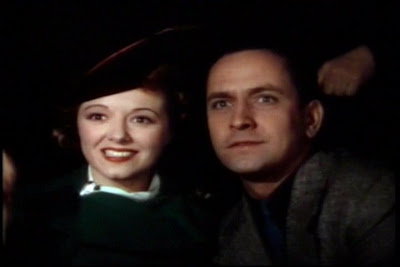 Even so, she manages to get her big break into the movies after meeting actor Norman Maine (Fredric March). Maine, a matinee idol with a chip on his shoulder and a scotch and soda always in hand, meets Esther at a party she is waitressing. After a night on the town together, Norman becomes convinced that Esther is a future star. He manages to persuade studio head and friend Oliver Niles (Adolphe Menjou) that she has such potential. This is a part in the film that I could envision being make-or-break for a lot of viewers. It’s a leap of faith to go along with such a shot to superstardom, particularly because the Esther Blodgett character never really displays the dynamism one would expect for someone managing such a rapid rise. It doesn’t particularly bother me, as I see it as just another variation on the common rags-to-riches theme, but I could see how it might detract for others.

Esther is rechristened Vicki Lester and after co-starring opposite Norman in a film, erupts into the hottest young star in Hollywood. But as her star begins to shine, Norman’s is slowly fading away. Despite their diverging movie careers, the two fall in love and get married. At first Norman is able to understand the change in his popularity, but after being referred to as “Mr. Lester,” it seems to send him into a tailspin. His drinking increases to even higher levels as he begins to think that Vicki is achieving stardom at the expense of his own fame. Norman’s lowest point is reached when he crashes an awards ceremony that is honoring Vicki, creating a scene with a drunken diatribe. The result is that Vicki not only begins to question her relationship with Norman, but her commitment to her career. 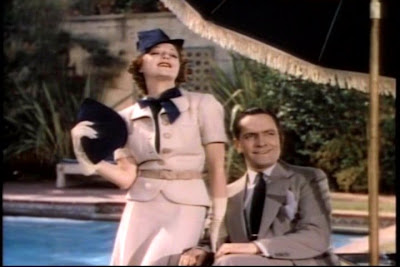 Many times I have used the phrase that a film “works as both a comedy and a tragedy” and the cliché certainly applies to A Star Is Born. It’s by no means laugh out loud funny, but it is humorous. The saying applies differently in this movie, however, because when the events do turn tragic, you almost feel guilty for having laughed at the antics of the drunken Norman Maine. March’s performance is so engaging and he plays the kindhearted boozer to perfection. He is suave and smooth, carrying an air of not having a care in the world. So when he does something like getting arrested for high-speed antics or his standoffs with photographers, they seem like harmless troublemaking. Once you understand what his drinking is costing him, then you realize that the antics never were harmless. March was nominated for an Oscar for Best Actor and rightfully so. This countdown has only increased my appreciation for him.

I have no intention of revealing the emotional climax, but I will say that it is one that sticks in my mind, particularly in the way that Wellman films it (I can’t really go into more detail without completely giving it away). I have one particular shot in mind and maybe I’ll bring it up in the comments section here if no one objects, but I hate have certain things ruined for me and I wouldn’t want to take that away from anyone seeing the movie for the first time.

It's also interesting to see a movie being made in Technicolor at this early stage. This is one of the earlier major movies to be released in color, and while the colors do not appear spectacular today, at the time they were very well received. The cinematography was awarded a special Academy Award because of it.

There have been two remakes of this film – a 1954 version directed by George Cukor starring Judy Garland and James Mason and a 1976 version with Barbara Streisand and Kris Kristofferson. Opinion seems to be split as to whether the 1954 of this version is the best of the trio. Personally, I don’t think that the 1954 musical compares. With the great performance by March, in my mind this is the definitive version.

Other Contenders for 1937: The obvious choice here, and the film that I’m guessing would win a poll for best of 1937, is Jean Renoir’s Grand Illusion. I have to be completely honest and admit that as much as I love Jean Gabin, this has always been just an OK movie for me. Leo McCarey did quite well in making the comedy The Awful Truth, with Irene Dunne actually stealing the show from Cary Grant. I also have a soft spot for William Wyler’s Dead End, with Bogart and the Dead End Kids. The Dead End Kids were actually better in this outing than in the superior Angels With Dirty Faces. And while I am admittedly not a huge Capra fan, Lost Horizon is definitely one to see.
Posted by Dave at 11:38 AM