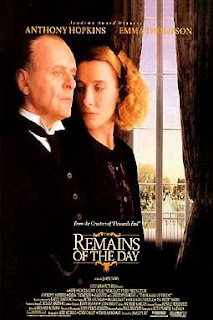 And we come to another wonderful instance where the countdown forces me to finally watch movies that I have been meaning to get to for some time but for whatever reason still had not seen. In fact, there were some key films that I had to “catch up” on in order to make a selection for 1993 that had any validity. Primarily there were two titles that had been recommended to me repeatedly and that are routinely cited as being among the best of this year. And after finally having the opportunity to see Krzysztof Kieslowski’s Blue and James Ivory’s The Remains of the Day, I realized that my initial impression of 1993 being an automatic slam dunk for Schindler’s List was completely off-base.

Blue is an incredibly well-made drama and I am fascinated by how it manages to make such a basic story play like a thriller. But it was The Remains of the Day that made the greatest impression on me. Truth be told, I think that this is the only Merchant-Ivory film that I have ever seen. I know very little about them aside from this movie. I do know that there were a few mentions of the previous year’s Howard’s End in this very countdown – Sam even selected it as his #1 film of 1992 – but I have to admit to being unfamiliar with it. So seeing this one before I made a selection was a must… and it destroyed any expectations I had going into it.

Of course, if emotional impact in the main criteria for making a selection, it still is near impossible to supplant Schindler’s List. For all of the flack that Spielberg receives from some circles for being too manipulative, the sentiment created by its touching story is real and undeniable. But it is a different kind of emotion than what is experienced in Ivory’s film. Whereas Schindler’s List plays out on the grand scale of World War II and the Holocaust, The Remains of the Day operates at a very basic level and focuses on the interactions of a few select people. The film does not ignore the historical context of the story, but the central drama comes from relationships at the most personal level.

This is one of the qualities that stuck out most. There are two storylines that manage to be both independent of each other and intertwined. I know that statement probably makes no sense, but what I mean is that each of the two plots is able to stand on its own, but there is no denying that they need to be understood in the context of what else is going on at Darlington Hall. The primary focus is on Mr. Stevens (Anthony Hopkins), the longtime head butler and loyal servant to Lord Darlington. Stevens’ entire life is devoted to the service, committing himself fully to seeing that the house and affairs of his master are kept in order. The majority of the story is actually told in flashbacks, taking place in 1958 as the aging Mr. Stevens looks back on the events taking place at Darlington in the 1930s. He reminisces primarily about the hiring of Miss Kenton (Emma Thompson) and the unique relationship that developed between them over the course of their tenure together. It is an interesting pairing, with Stevens as the always-proper servant and Miss Kenton possessing a more cheerful manner. Even though Mr. Stevens seems to keep everyone at arm’s length, always keeping interaction very official, an attraction obviously begins to develop between the two. Nothing is ever said about it, and neither of them seem to ever openly acknowledge it to the other, but the chemistry between them is palpable. But when a former co-worker suddenly asks Miss Kenton to marry him and start a business together she decides to leave the service and begin a new life. Stevens lets her go, without voicing a word of protest – a decision that haunts him for years.

All of this is taking place again the backdrop of looming war in Europe. Hitler has come to power in Germany and as he begins to show aggression toward areas like Czechoslovakia and Poland, the British nobility are in a panic over what should be done. Lord Darlington (James Fox) increasingly begins to show pro-German tendencies, convinced that war can be averted and that the Nazis can be negotiated into peace. Meetings of powerful diplomats from around Europe are held on the estate at Darlington moves even closer to the delegates from Germany. The result of such an appeasement approach is known to anyone with knowledge of history and it results in the ruin of Lord Darlington.

As I said, what I love is how separate yet connected these two strands of the story are. The drama in the relationship of Mr. Stevens and Miss Kenton would be intriguing without it, but realizing that it is taking place in such an historical context only adds to the tension of their interaction. It gives the movie appeal on a number of levels. The historical fiction aspect is obvious, as through the eyes of the servants of Darlington we see power politics being practiced in the high European style. At least to me, it’s fascinating to see the diplomats from around Europe coming together in regal style, practicing what the visiting American Congressman Trent Lewis (Christopher Reeve) calls “amateur politics.” And the romance aspect of the film is unparalleled. As amazing as it seems, even though there is not a single moment of sex in the entire movie, the underlying passion that exists between Mr. Stevens and Miss Kenton is incredible. The two never so much as hug or kiss, or even actually tell each other how they feel, and yet it’s obvious as you watch that such a fondness exists. 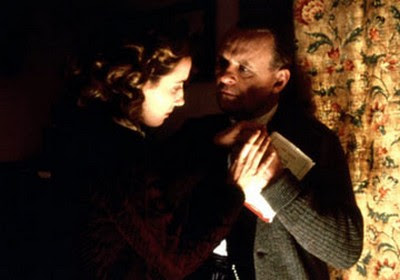 That is what sticks with me the most from the entire film – the many moments throughout where Stevens and Kenton seem right on the verge of declaring their true feelings to the other, but neither can ever bring themselves to do it. There are times where it seems like it just _has_ to happen, that the façade of an only officially relationship cannot be maintained any longer. At times, I know that I just wanted to scream “Tell her!” at Mr. Stevens a number of times, particularly at the closing section of the film. I’m not sure that I have an answer as to exactly why neither ever openly says anything to the other. Is it Mr. Stevens’ inability to break away from the proper decorum that has dominated his life for years? Is Miss Kenton hesitant to bare herself to Mr. Stevens out of a fear that he would not return the sentiments? I honestly don’t know, but the result is – dare I say – devastating. There is something haunting about such obviously strong feelings going completely unspoken. By the poignant conclusion it is obvious that the other is able to figure out how the other feels, but it still seems like not enough was done on the part of either person.

Anthony Hopkins delivers one of his finest performances as Mr. Stevens. It is easy to assume that his role as Hannibal Lecter is the best work of his career. His performance here is equally as remarkable and shows the versatility Hopkins possesses. It is impressive to think that in three years he was able to shine in roles as radically different as the psychotic killer Lecter and the refined Mr. Stevens. The entire Merchant-Ivory system drives home the point that I need to make it a point to become familiar with more of their films. Screenwriter Ruth Prawer Jhabvala was a longtime collaborator and pens a screenplay that never wastes a moment. While I have not read Ishiguro’s novel, I have seen it referred to as a story that was thought to be “unfilmable.” In the director’s chair, Ivory shines, constructing an authentic atmosphere of the time. There are beautiful outdoor scenes of the countryside around the estate, and also a world of its own created in the workings of the help at Darlington. Also, the original score from Merchant-Ivory regular Richard Robbins is always fitting. Robbins was nominated for an Academy Award for his work, but was defeated by the equally-impressive John Williams score for Schindler’s List. 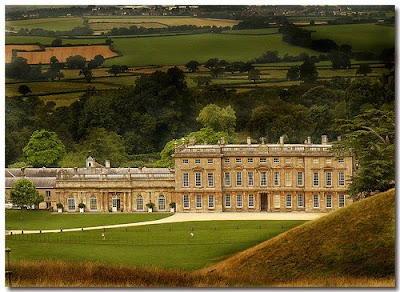 I know that a lot of people have already seen this and that I’m just late to the party on it, but I will just add another prod to those that haven’t. Anyone who has hesitated to watch based upon the description or from a lack of interest in “romance films” should cast any such doubts aside. This is a great movie and I am now determined to become more familiar with the catalog of Merchant-Ivory.

Other Contenders for 1993: I’ve already mentioned the two closest contenders. I watched Steven Spielberg’s Schindler’s List again recently because it had been a while since I had last seen it. It’s still a powerful film and the one thing that struck me in this viewing was how stunning the black and white cinematography is. This is something that I was always aware of, but for whatever reason, in this case the photograph was what most caught my attention. Kieslowski’s Blue is the other close contender, but in all honestly I place The Remains of the Day and Schindler’s List on their own level. I also think that Martin Scorsese’s The Age of Innocence is underrated.

My other favorites from this year are more personal and not likely ones that I would put forth in a countdown like this. These are movies that I find very entertaining: Tombstone (George Cosmatos) for the amazing performance by Val Kilmer as Doc Holliday, Gettysburg (Ronald F. Maxwell), Carlito’s Way (Brian De Palma), and True Romance (Tony Scott). I also have fond memories of being a kid waiting in extremely long lines to get into a matinee showing of Spielberg’s Jurassic Park. This movie is the epitome of popcorn entertainment, but I’ll never be able to separate myself from those memories and still am a fan of the movie.
Posted by Dave at 12:05 AM