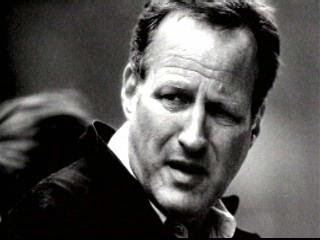 Michael Mann is what I would call a stylish classical director. In an era when the crime drama became “Tarantino-ed,” full of witty dialog, pop culture references, and non-linear structures, Mann has remained true to traditional storytelling. Although he made a name for himself well before this phenomenon became all the rage, Mann continued making his own classical style of crime dramas throughout this period, completely impervious to the trend. Instead, Mann stayed committed to what he does best. Rather than hinging his narratives on mysteries or spectacle, Mann takes relatively traditional storylines and tells them in a conventional manner. He never resorts to tricks or relies upon mysteries and novel structure. Mann unfolds crime dramas in the tradition of John Huston or Nicholas Ray. He isn’t so much interested in the crime as in the criminals. His stylishness comes from his experimental attitude toward technology and his incredible sense of pacing to action sequences. Where a Tarantino film, or those of his countless imitators, seems cool because of a certain hip factor, Michael Mann’s films are just flat-out cool. They look cool, the atmosphere is cool, they are shot in a manner that conveys the steady vision of the director – they are just flat-out smooth. Comparing trendy directors output to the work of Mann is like holding up the latest pop star to Frank Sinatra. One is a fad, another is eternally cool. Mann is more the Francis Albert type…

The irony for me is that I frame all of this Mann discussion in terms of the crime dramas that have made him famous, when my favorite film of his might actually be a historical romance. I _love_ The Last of the Mohicans. Of course, my reputation for being a sucker for gorgeously photographed historical pieces like this is well established. For now I will tentatively stick to Heat being my favorite of his films, but it’s really close. The other thing that I love about Mann is that he keeps making films precisely as he wants to make them. For the entire decade he has been making crime thrillers where he just drops the audience right into the middle of the story, without any regard for background or supplementary information. If you can keep up, the result has been a wild ride in every instance. If not, as has happened with many critics, the films are panned. Personally, I think he had a wonderful run in the 2000s.

Next in line is comedy legend, and arguably the hardest working senior citizen in cinema, Woody Allen.
Posted by Dave at 12:05 AM