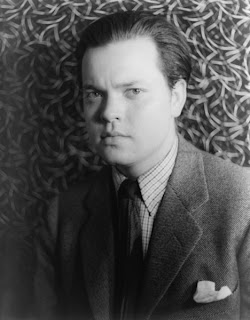 - “A film is never really good unless the camera is an eye in the head of a poet.”

Here he is… the three thousand pound gorilla in any list of favorite or best directors. A slight backlash against Mr. Welles has developed from some, due to his constant ranking as the greatest director of all time and the assumption that Citizen Kane must sit atop any ranking of the best films ever made. But if the shoe fits… There is no question that the influence that Welles has had on countless generations of filmmakers to come after him and the technical and structural innovations he used in his work make him a towering figure in the history of cinema. And I admit that the task of placing him in a list like this is difficult after becoming accustomed to seeing Welles unanimously placed at the top of similar projects or pieces about the most important directors of all time.

One thing that I have always pondered is what Welles’ reputation would be like if he had been able to at least moderately adjust to the Hollywood studio system. As everyone knows, the story of Welles post-Kane projects is littered with battles against studio heads and grappling for the final say on editing of his films. The result was that for a bulk of his prime years, Welles was a star without a home. He worked as a freelance director taking the best offers he received. After the war, he directed mostly low budget pictures for studios like Republic and International Pictures. For most of the 1950s he went into self-imposed exile in Europe, picking up money from acting jobs that he used to finance his own directorial projects as best he could. In the 1960s, when he was no longer the boywonder of the entertainment world, he arguably soldiered on to make some of his finest work, even though box office success was a thing of the past. So, the question I often ponder is this: had he been able to fit in better in Hollywood, how would his reputation have been affected? Two interesting options always come to mind. It’s possible that he would have been able to stay in the States for his entire career, resulting in greater exposure for more of his work (outside of Citizen Kane, Touch of Evil, the usual suspects) and his status would only increase. On the other hand, I can’t help but thinking that the independent streak that Welles is remembered for can’t hurt in building his legend. There is something admirable about a man who refuses (or at least goes down fighting) to compromise his vision and decides to strike out on his own rather than submit to the whims of executives. I have no answer to this hypothetical, but it’s an interesting “What if?” I’d be interested in hearing the thoughts of others.

Regardless of all of this speculating, the reputation that Welles currently enjoys is justified. He is the greatest actor-director of the sound era, and arguably of all time. I respect his acting ability so much that I’m not sure which of his two talents impresses me more. No actor was better at launching into on-screen monologues like Welles. As a director, I have always admired his choice of material, involving very in-depth character studies. His constant experimenting with abstract visual styles and techniques is probably his greatest contribution. Pulling away all of the acclaim and hyperbole that has accumulated over the years reveals a director who is every bit as good as advertised. There is a reason that the praise has piled up for decades – Welles was simply a great and visionary filmmaker.