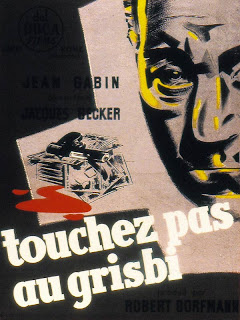 Although he gets plenty of respect on the various blogs and message boards that I frequent around the Internet movie community, French director Jacques Becker remains an unknown quantity to large segments of movie fans. Overshadowed by flashier, more technically-proficient contemporaries like Jean-Pierre Melville and Francois Truffaut, Becker nevertheless understood that fantastic storytelling would trump any technical achievements. And what a marvelous storyteller he was. Perhaps his stories are told conventionally, without much in the way of innovation or imagination with the camera, but this style fits his movies. Becker, at his best, dealt with men of the underworld who approached their criminal activity the same way that Becker approached his films – knowing what needs to be done and just doing it. No real frills. Simple as that and the results are spectacular. Becker seems to now be earning his justified respect thanks to efforts from companies like Criterion who have made his best films easily obtainable. I am not arguing that he was not highly thought of in his own lifetime, but until recently, his films have not be easy to get hold of in all parts of the world. So, I love the fact that I can draw even more attention to what I consider to be the best film that he ever made. 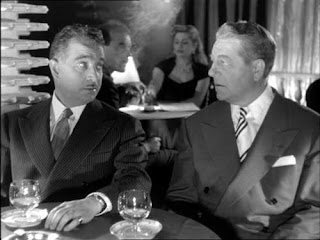 The great Jean Gabin is Max, a legendary gangster and thief renowned throughout the Parisian underworld. Growing older, Max is searching for one final lucrative score to send him, and his close friend Riton (René Dary), into retirement. Riton is a ne’er-do-well who survives the criminal lifestyle because Max has looked out for him ever since they started working together years before. He is not particularly well-liked or respected, but because he is with Max, Riton is also an important player. Max thinks that he has pulled off that one last job he was searching for, making off with $50 million in gold bars in a daring airport robbery. The entire city is wondering who pulled it off, so Max is unable to collect his profits just yet; he has to wait until the heat dies down a bit. Things grow complicated for Max when he is drawn into a feud between another gangster Angelo (Lino Ventura), a dope dealer, and nightclub owner Pierrot (Paul Frankeur). Max believes that he has mediated the dispute, recommending someone who both can accept to deal the drugs, but later that evening he catches some of Angelo’s men trying to bump him off. Now concerned, Max goes underground and tries to take Riton with him. But Riton’s girlfriend Josy (Jeanne Moreau) has been carrying on an affair with Angelo. Thanks to Riton’s need to talk himself up, he let slip to Josy that he and Max pulled off the Orly Airport robbery. Now Angelo not only wants to get Max and Riton out of the way, he also wants to recover the loot. When he kidnaps Riton, Max originally says that it is his own fault – Max is going to offer no assistance. But realizing that this goes against the underworld code that he has lived by for his entire life, Max decides that he must do whatever is necessary to bring his friend back alive.

Like other great French crime films of the era, the influence of American noirs and gangster pictures of the previous few decades is readily apparent. In fact, the influence here might come more from classic gangster pictures (The Public Enemy, Angels With Dirty Faces) than noir, but we’ve already cover how intimately related the two can be. Following the same delineation that Ward and Silver made in the Film Noir Encyclopedia, contrasting lead characters in gangster films versus film noir counterparts, I think the same applies here. Max may have used crime as way of rising to his luxurious lifestyle, but he knows exactly what he is. He is a gangster’s gangster, a man who others in the underworld come to consult on matters. The man who is looked up to as one of the great thieves in the city. A man who relishes planning major heists, pulling them off, and then unloading them through a fence. He lives this lifestyle to the fullest, sleeping in posh apartments, dining at the swankiest nightclubs and cavorting with gorgeous women. But, in the truest noir fashion, he recognizes that it won’t last – knows that it will be a short stint at the top. This is why he is so anxious to find that one last job, unload the merchandise, and go into his version of retirement. Does he think this will actually happen? At times, it appears that he genuinely does. At others, his commitment to the lifestyle and his criminal compatriots seems too much to simply leave behind. Gabin pulls off this vacillation as no one else would be able to. I know he has more famous roles, but this is how I always picture him, as Max the Liar. There is also great chemistry between him and those that he feels loyal to, mainly Riton and the brutal Pierrot. It is also interesting to see him facing off against archenemy Angelo, who is played by Lino Ventura. 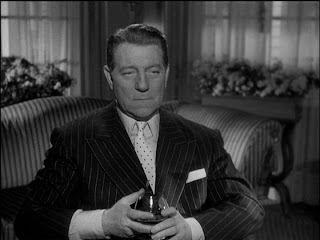 If anyone questions how highly I rate Becker’s ability to tell a story, just watch the first half hour of this movie. At least for those thirty minutes it is a drama about friendship masquerading as a gangster film. We hear people talking about the fearsome Max, see mention made to the $50 million heist, but none of that is ever on display. Everything is made up of casual conversations between Max and Riton, Max and various women, Max and other knockaround guys at a local café. Nothing really happens and yet you are captivated the entire time. In the second half, Becker displays his ability to create a first-rate action movie, with a conclusion and final showdown that still impresses each time I watch. I know there are some people reading this who have not seen the film, so I’ll say no more concerning the second half of the film, except to acknowledge its brilliance.

Touchez Pas au Grisbi might be the finest French noir ever made. I actually consider it among the finest crime films ever made, noir or not, French or any other nationality.
Posted by Dave at 12:05 AM