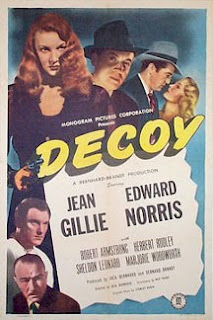 - "To you who double-crossed me, I leave this dollar for your trouble. The rest of the dough, I leave to the worms."

As I have already mentioned in this series, there are certain plot elements in many noirs, particularly those produced by the so-called Poverty Row of Hollywood, which can be make-or-break points for modern viewers. Either you can stomach the embellished twists or things quickly become too hokey to appreciate. That was the case with in films like Tension and Night Has a Thousand Eyes, but it is even more so in this gem from the B-movie specialists at Monogram Pictures. The key detail – which thankfully I can give away without revealing anything that will ruin the experience – is beyond ridiculous. At the risk of sounding condescending toward previous generations, my guess is that the proposition of using a powerful antidote to revive a recently executed prisoner might not have seemed as outlandish in 1946 as it does today. Regardless of era, it’s preposterous. 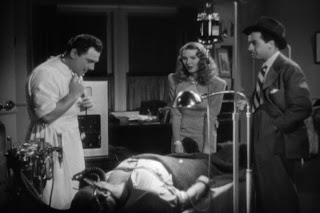 But even after making such an admission, I still think that Decoy is an outstanding, little-known noir that comes off much better than one would expect. The film opens with the devious Margot Shelby (Jean Gillie) dying on the couch of her apartment. Police Sgt. Joe Portugal (Sheldon Leonard) enters the apartment, having found her after following the trail of bodies that she recently left behind, and presses Margot one final time for a confession. Realizing that she is very near dying, Margot decides to reveal the details of her intricate plot. She recounts how she convinced the powerful criminal Jim Vincent (Edward Norris) to finance a plan to find the $400,000 that her boyfriend Frank Olins (Robert Armstrong) stashed before being sent to death row. Due to be put to death in just a few days, Olins refuses to reveal the location of the loot, demanding that he be saved from his scheduled execution. Instead, Margot hatches the outrageous plot, in which Olins would be revived after his execution by using a chemical called methelyne blue. In order to carry out the plan, she seduces Dr. Lloyd Craig (Herbert Rudley), the physician responsible for performing autopsies on recently executed prisoners. After quickly falling in love with the vivacious Margot, he agrees to the plan. Rather than performing the scheduled autopsy, Craig instead injects the body with methelyne blue and miraculously brings Olins back to life. Then the true intrigue begins, as each person begins plotting how to emerge with the money on their own. 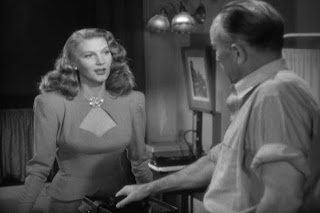 English-born Jean Gillie’s performance as Margot Shelby is as impressive as anything else I’ve reviewed thus far in the countdown. Margot is a one-woman wrecking machine, as vicious as any character, let alone femme fatales, of the era. What makes the performance all the more startling is the complete lack of remorse or redemption. She admits that she used anyone necessary to achieve her goals, destroying the lives of many men along the way. In Vincent and Olins, she outwitted seasoned underworld figures. With Dr. Craig, she shattered the life of an honest doctor and never felt any compunction along the way. There are scenes of surprising brutality, such as the fleeing Margot running over an accomplice in the getaway, which she performs with a complete lack of emotion. Gillie would make only one more film after Decoy, as she died three years later at only 33 years of age.

Thanks to the wonderful Film Noir Collection series from Warner Brothers, this movie is not as obscure as it once was. Until Vol. 4 of that series (which is how I saw it), it apparently was quite the rarity, with only copies of subpar quality circulating. Even so, I would wager that not many people outside of noir fanatics made a point to see it even after its release on DVD. Hopefully this entry will spur some to do so, and some seasoned cineastes will begin to understand why Jean-Luc Godard dedicated his seminal film Breathless to Monogram Pictures. Decoy is Poverty Row at its finest.
Posted by Dave at 12:05 AM