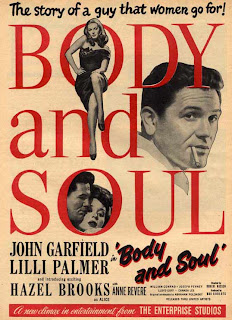 Anyone who follows the blog knows of my passion for boxing. It’s my favorite sport. Oftentimes, my weekend schedule centers around making sure that I am able to see any boxing available. I have DVDs and old VHS tapes of fights. I’ve been ringside for a heavyweight title fight, welterweight title fight, seen in person some of the best fighters of the generation. In the context of movies and this blog, what intrigues me is how the sport offers such a great opportunity for character study – when done well. There is something incredibly interesting to try and understand what makes someone tick when they give and receive punches for a living. But I can be very sensitive when judging a boxing film and those that I judge subpar I can barely stomach. Even some that have been critically lauded (such as Clint Eastwood’s Million Dollar Baby, which does have some marvelous performances), I have serious problems with. I tend to be overly critical when it comes to movies dealing with a topic that I feel so passionately about.

And so, with that in mind, this will be a somewhat bold declaration: Robert Rossen’s Body and Soul is among the best two or three best boxing films ever made. The only two that I’m aware of that even challenge it are Robert Wise’s The Set-Up and Martin Scorsese’s Raging Bull. It’s that good.

For the most part, it is a well-worn story that will be familiar to anyone who has seen a boxing film. It follows the rise and fall of Charley Davis (John Garfield), a Jewish kid from the slums who rises all the way to world champion. Growing up, Charley is discouraged from boxing by his mother, but when he sees her struggling to make ends meet after the death of his father, Charley realizes that he can provide for everyone if he continues fighting. Forming a partnership with longtime pal and trainer Shorty (Joseph Pevney) and boxing manager Quinn (William Conrad), he begins advancing through the professional ranks. But the higher Charley climbs, the more that he loses perspective. Acquiring incredible wealth and fame, Charley begins to grow distant from Shorty, longtime girlfriend Peg (Lilli Palmer) and even his dear mother Anna (Anne Revere). When racketeer and fight fixer Roberts (Lloyd Gough) begins to get continually closer to Charley, offering him even more wealth and titles, Charley’s past relationships begin to be cast aside for material gains. 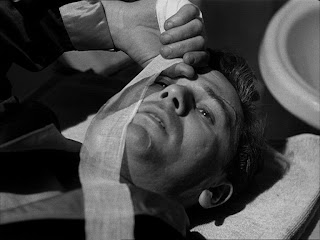 As is the case for most great sports films, the sport is less important than the characters and life issues explored. The fact that Body and Soul is a boxing movie is almost secondary. The real point of the terrific script for Abraham Polonsky is to explore the corrupting nature of money and how constant material temptation can (or maybe always will?) eventually wear a man down. As I discussed in my entry for Polonsky’s Force of Evil, at times I have trouble with some of the writer's “pound it into your head” approach to social critique, but it never feels that abrasive in Body and Soul. No doubt, there are some clichéd touches, such as the moralizing mother, but I understand how they are eventually necessary to the overall product. What works for me with this script is that perhaps he is criticizing capitalist society just as aggressively as he would later do in Force of Evil, but the story being told is so classic in nature that it need not be viewed only at that level. It’s the timeless rags to riches story of a man starting from nothing, rising to previously unimaginable wealth and success, and then struggling to maintain his identity in the face of all the new temptations and luxuries. Stories like this go back to ancient mythology. Does it apply to the capitalist society that Polonsky intended to condemn? Sure, but it applies to lot of other situations too.

John Garfield is spectacular as Charley Davis, but that shouldn’t be a surprise to anyone reading this, especially considering that I’m the judging the performance – Garfield might be my favorite actor of the era. Davis is probably even more blatantly likable than other Garfield characters, which makes it so maddening to see him fall victim to the vices presented to him by shady characters like Roberts. Each supporting role is very good as well, but I always look toward Joseph Pevney’s Shorty as one that I enjoy most. The on-screen connection established between Garfield and Peveny is palpable, which makes it all the more affecting when things fall apart. And what more can be said about the direction of Robert Rossen than has not already been acknowledged by those in the industry? The fight scenes here were quite clearly an influence on Scorsese’s work in Raging Bull. The final fight, in which Charley is ordered to take a dive, is far ahead of its time. Cinematographer James Wong Howe doesn’t get overly expressionistic with his lighting and camera work but he shines nonetheless, and not just in the fight scenes. The opening overhead shot that scans the darkened environs of Charley’s training camp is a beautiful thing.

It is certainly far from a flattering portrait of the fight game, but there’s no denying the authenticity of such events. The 40s and 50s were a time when things didn’t happen in boxing unless men like Frankie Carbo and Blinky Palermo – the basis for a character like Roberts – said so. Polonsky captures this dirty little secret with incredible results.
Posted by Dave at 12:05 AM